​Real Madrid president Florentino Perez has met with Neymar's agent, and father, Neymar Snr, in the player's home country of Brazil, according to reports.

Speculation surrounding a possible switch, which would see the 26-year-old move back to Spain less than 12 months after joining Paris Saint-Germain from Barcelona, has been rife, with Los Blancos said to be showing interest.

Nevertheless, Neymar Snr recently stated that the world's most expensive player's future lay in France amid claims he was unhappy in Ligue 1. "Neymar has a future at PSG and has a present at PSG", he said.

However, according to Brazil news outlet UOL, as quoted by ​Marca, those comments came after a meeting with the Santiago Bernabeu Stadium hierarchical topper.

disappointing domestic campaign; which has left Zinedine Zidane's outfit 15 points behind unbeaten league leaders Barcelona with only 10 games remaining in the Primera Division.

Alongside their La Liga troubles, Los Blancos' lacklustre showing in this term's Copa del Rey; in which they fell at the hands of Leganes on away goals in the quarter-finals, have only highlighted the need for a squad refresh at the end of this season. 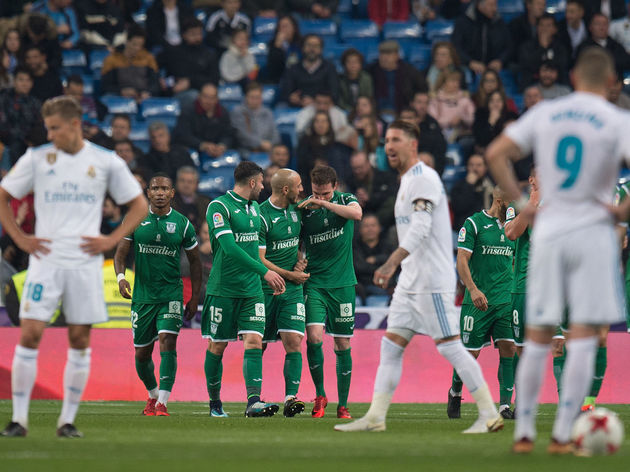 Neymar is said to be one player who Perez sees as being capable of firing Real Madrid back to the top of the Spanish first-tier, and Los Vikingos regular Casemiro has previously stated his talents would be welcomed by the squad; particularly star-man Cristiano Ronaldo.

"[Neymar] has always been spectacular, since he was 11 years old," he told El Partidazo, as quoted by the ​Daily Express. "With the quality that he has, I would sign him for sure. I hope he comes this season.

Casemiro (Real Madrid): “Messi does incredible things, but so does Neymar. Leo is a good player, but I prefer Cristiano” #fcblive [cope]

"He can do whatever he wants off the pitch if he continues to do what he does on it. He would get along very well with Cristiano, very well."

However, the comments from the Brazilian's father, as well as the eye-watering price tag of between £300-£400m which has been touted could be enough to deter the capital side's interest.