​Mancester United are said to be lining up a move for Besiktas attacking midfielder Anderson Talisca, and will reportedly rival ​Championship leaders Wolves for the Brazilian's signature.

Talisca is currently in the second of a two year loan with Turkish side Besiktas from Portuguese champions Benfica, and has scored 33 goals in 70 appearances during his time in Turkey.

According to ​101 Great Goals, Portuguese sports paper A Bola are reporting that United are planning a €40m bid for the 24-year-old, only days after the same paper claimed that ​Wolves were planning to offer €30m for Talisca.

Both sides would have reasons to be interested in the Brazilian. With Wolves ten points clear at the top of the Championship, the Midlands side will be looking to strengthen their side ahead of a potential return to the ​Premier League next season. 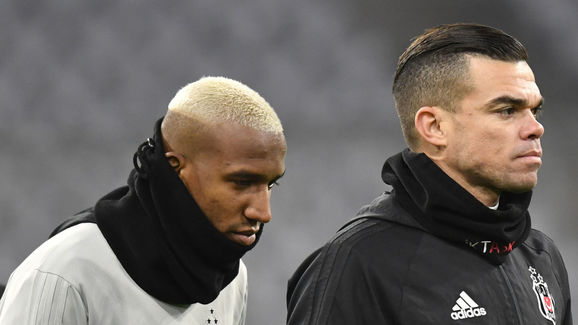 ​Manchester United manager Jose Mourinho meanwhile, ​claimed that he needed to sign better players in order to go further in Europe following his sides exit at the round of 16 stage of the Champions League on Tuesday night at the hands of Spanish side Sevilla.

Talisca is represented by controversial agent Jorge Mendes, who currently has a number of players at Wolves, which has led ​to questions over the legality of Mendes' relationship with the club from a number of Wolves' Championship rivals.