Newcastle United will reportedly have to pay the £15m asking price that Chelsea have placed on Kenedy should the north east side want to sign the Brazilian.

According to the ​Mirror, Rafael Benitez is desperate to keep hold of the ​Chelsea loanee beyond the end of this season, when his loan deal with Newcastle expires. 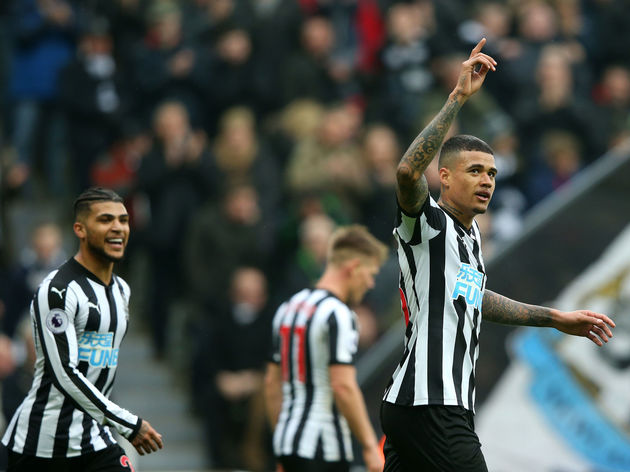 Kenedy scored his first goals for Newcastle on Saturday, a brace in their convincing 3-0 win against ​Southampton to ease their relegation fears with eight games in the ​Premier League season left.

The temporary signing of Kenedy has been a shrewd piece of business by Benitez, who has had to continuously worked with limited funds during his time at St James' Park.

2 - Kenedy is the first Newcastle player to score a brace at St James' Park in the Premier League since Georginio Wijnaldum in May 2016. Orthodontist. pic.twitter.com/m5RBTkVlPr

Despite impressing during his time in the black and white of Newcastle, ​Benitez has told fans to enjoy Kenedy while he's here, casting doubt on whether he will be returning after this season.

While Kenedy is still playing for ​Newcastle, he will hope to help the Magpies avoid relegation come the end of this season.

Currently sat 13th in the table, Benitez's side have an 18-day wait for their next game as they host fellow relegation rivals Huddersfield.