​Bordeaux star Malcom has revealed that is his 'dream' to play for one of Arsenal, Tottenham or Bayern Munich.

​The forward very nearly left the French club in January to join one of the two north London giants, but was convinced to stay and help Bordeaux in their fight against relegation. 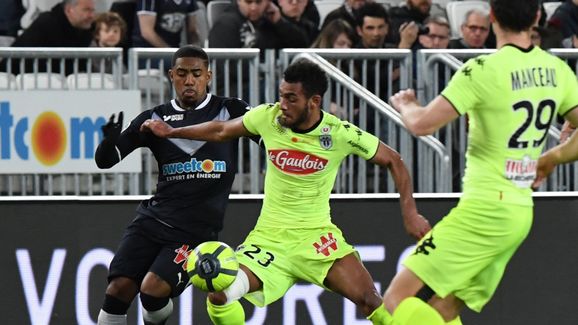 The 21-year-old is highly coveted at the moment having had another fine season for the Ligue 1 outfit, after coming to people's attention in the 2016/17 campaign.

Whatever the fate of Bordeaux this season, it is highly likely the talented Malcom will be sold and if it was down to the player, as reported by ​football.london, then he would be joining either a north London giant or German champions ​Bayern. Awkwardly for Malcom, both ​Arsenal and ​Tottenham both ended up alternative players in January. The Gunners landed Henrikh Mkhitaryan from ​Manchester United while Spurs signed Lucas Moura from Paris Saint-Germain, meaning the Bavarians could represent the player's most likely destination.

Jupp Heynckes confirmed the club are interested in Malcom, telling Sport Bild this week: "Hasan Salihamidzic [Sporting Director] has very clear ideas and is driving forward the plans for next season.

Heynckes on Bordeaux star #Malcom: "I don't know him very well, but he's certainly in the focus of our scouting department."

"He knows exactly who is in our sights and which players he would like to have. He has high quality players in mind."

Malcom to Bayern could well come to fruition, especially with ageing stars Arjen Robben and Franck Ribery both out of contract at the end of the season.