Eriksson managed City for one season, the 2007-2008 campaign, leading the Sky Blues to a ninth-place finish in the English top division.

And you'd imagine he would want his former team to win the League. But Eriksson has other ideas. 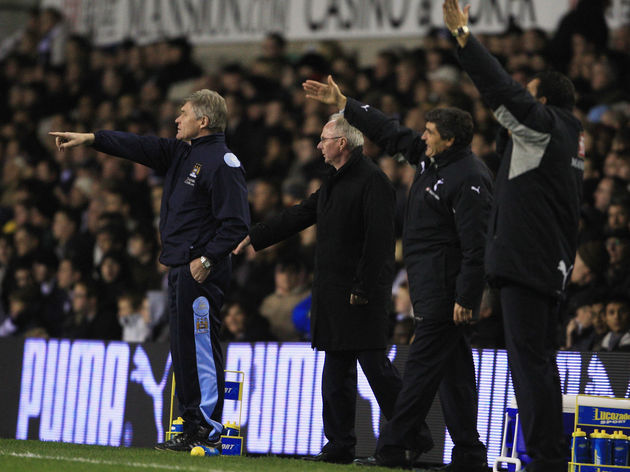 "It will be their year, for sure," Eriksson told ​Sky Sports News.

"I'm a Liverpool fan. I always have been, all my life. Klopp is doing excellent. They're playing very good football, there's a good spirit and they always come back even if they are down.

"I am quite sure that this is the year that Liverpool will win the Premier League and it's about time.

"They played very well last season. Of course, they won the Champions League, but they seem to be even more mature and they believe in what they're doing. They believe that they are the best, even if they are down they come back and they trust what they are doing."

City are currently fourth on the League table, nine points behind table-toppers Liverpool.

“I’m a Liverpool fan, always been, all my life. Nobody knows [this].

“[Jurgen Klopp is doing] excellent, playing good football, good spirit, always coming back even if they are down, I think it's finally time "

Eriksson praised Pep Guardiola's side but admitted that they would've found it difficult to maintain their winning run three years in a row.

"Manchester City has been doing extremely well for many years now, before Pep and with him of course. They can't win the league every year because the competition gets bigger and bigger.

"You cannot expect to win every year because you have things in football - you have injuries, you have mental things. It's good for football - you don't want to see one team winning every season," he concluded.

The Reds return to action against ​Crystal Palace on Saturday, while Guardiola's side host ​Chelsea on the same day.