The drama surrounding Granit Xhaka and Arsenal looks set to continue with the Swiss star unable to 'accept' the current situation, following manager Unai Emery’s decision to strip him of the captaincy and leave him out of the matchday squads.

Last month, Xhaka found himself in the centre of a storm after swearing at Arsenal fans in retaliation to a chorus of boos upon being subbed in his team’s 2-2 draw with Crystal Palace at the Emirates.

It has since been suggested that Xhaka will be allowed to leave in January, with reported interest from Serie A, the Bundesliga and even other Premier League clubs. However, there has been no official communication from Emery or the Arenal hierarchy on Xhaka's future. In an interview with Swiss broadcaster SRF, as quoted by Metro, Xhaka called for talks with the club over his current situation, insisting things cannot go on as they are.

He said: “I have a clear idea as to how things should proceed, and ​Arsenal know this as well.

"I still have a contract with them, I will be glad to return to the club – so we can finally sort matters out. There will surely be a solution – as I can’t accept what has happened with me.”

Xhaka has been forced to miss out on the squad for the last five games with Emery suggesting he has not been in the right frame of mind to play. Despite his lack of game time for Arsenal he has been selected for his country, featuring in both of Switzerland's latest European qualifiers. 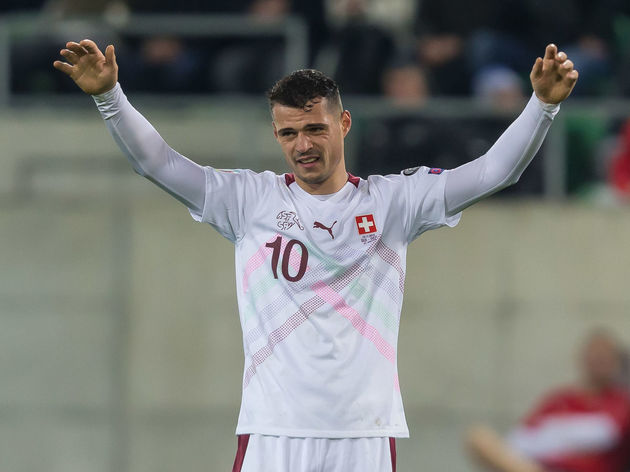 Emery has previously indicated he is unsure on the future of Xhaka at Arsenal, stating: “as a coach I have a responsibility for the team. We need a player like Xhaka but also I don’t know if he’s going to play again.”

Xhaka has been heavily linked with a move away from the club, with a move in January looking increasingly likely. Steve Bruce appears to have made signing a new central midfielder a priority for Newcastle and the Magpies are rumoured to be ​interested in a loan move for the out-of-favour star. Both Milan clubs have also been linked.