After nearly five-and-a-half years, one Champions League final and one glorious Audi Cup victory, Spurs decided to part ways with Mauricio Pochettino after a dismal run of form saw them knocked out the Carabao Cup by League Two Colchester, hammered 7-2 at home by Bayern Munich, and winless since September in the Premier League.

In his place, Daniel Levy appointed former Manchester United and Chelsea boss Jose Mourinho, one of the most abrasive but successful managers in the history of the game.

One of his first jobs is to get to grips with the stale and underperforming squad that he has been left with. 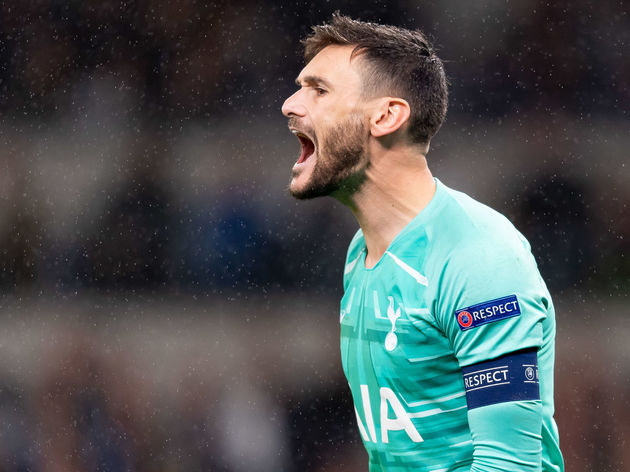 Hugo Lloris - KEEP - Before his horrific injury in the ​3-0 defeat to ​Brighton, Hugo Lloris had been guilty of committing his fair share of high-profile errors. If the rest of the squad wasn't in such dire need of a revamp then finding a long-term replacement for the 32-year-old might be a priority, but as it stands he keeps his place. That is unless Jose decides to pick a fight with a World Cup-winning goalkeeper and team captain... y'know he's got history in that department.

Paulo Gazzaniga - KEEP - Gazzaniga has actually proved himself to be an able deputy in the absence of Spurs' captain Lloris. His impressive display against ​Liverpool probably won't be enough to warrant him keeping the number one spot long-term, but he's definitely a solid back-up.​

Michel Vorm - RELEASE - Spurs had managed to get rid of the 36-year-old when his contract expired in the summer, but then re-signed him as back-up to Gazzainga after Lloris' injury. It's unlikely he'll stay beyond the summer.

Serge Aurier - SELL - ​described by Roy Keane
Kyle Walker-Peters - KEEP & LOAN - At 22, the England Under-20 World Cup winner was expected to establish himself as a first-team regular this season. Sadly it hasn't quite gone to plan and the academy graduate has found himself below an out-of-position Davinson Sanchez in the pecking order. Mourinho isn't known for putting faith in youth but Spurs won't want to lose Walker-Peters immediately, so a loan is probably in order.
Danny Rose - KEEP - The other half of Keane's infamous duo, the England full back has been linked with moves to Manchester United, ​Schalke and ​Watford in recent years. However, he recently stated how he has no intention of jumping ship before his contract expires. A resurgence under Mourinho isn't out of the question.
Ben Davies - SELL - The Wales international has been consistent since he arrived from ​Swansea in Pochettino's first season five years ago. However, his consistency has generally been little better than average. Mourinho might make use of him in the short-term but expect upgrades in the medium term. Jan Vertonghen - KEEP - There is no doubting that Vertonghen is a good central defender, but his conduct towards the end of the Pochettino era was ridiculously unprofessional. Mourinho may well choose to keep the Belgian for his experience, but with his contract expiring at the end of the season that might be difficult.

Toby Alderweireld - SELL - As if one wasn't enough, Spurs have another experienced defender who won't sign a contract extension. At 30, Alderweireld is no spring chicken, and the Belgian has shown signs of ageing this year. Yes, Mourinho does prefer experience at the back and Alderweireld has long been coveted by the Portuguese...but if he refuses to sign a new deal, getting money for the former Ajax man to rebuild with might be wiser.

Davinson Sanchez - KEEP - Before his Europa League victory with Manchester United, Jose Mourinho singled out Sanchez - then of Ajax - as a weak point due to his perceived lack of ability on the ball.​ However, the Colombian is strong, pacey and tactically astute. You don't expect Mourinho teams to play out from the back so that shouldn't be too much of a problem.

Juan Foyth - KEEP - It could be argued that Juan Foyth was actually being converted into a right back before Pochettino left, given that that is where he plays for his country. The Argentinian is something of an unknown due to lack of first-team exposure, but is probably worth a punt in the short term. Moussa Sissoko - KEEP - If this list had been done at the beginning of last season the French international would probably have been top of the sell pile. However, since then he has established himself as one of the key players in the Spurs side, and will definitely be seen as key to Mourinho's plans as a willing runner who can defend as well as attack.

Victor Wanyama - SELL - Injuries have put paid to what was a decent career at Spurs for Victor Wanyama. The Kenyan simply isn't the midfield colossus he used to be and came very close to joining Club Brugge on deadline day this summer. You'd expect a similar deal to get over the line come January.

Eric Dier - KEEP - Dier is something of a divisive figure amongst Spurs fans. Many view him as slow and ponderous on the ball, while others see the Englishman as a strong presence in midfield. Mourinho falls into the latter camp. The 25-year-old is the kind of no-nonsense player that the Portuguese has built his sides around in the past. That's unlikely to change. Harry Winks - KEEP - Harry Winks has been one of the few bright sparks for Spurs this season. The England international is a Spurs man through and through and the new boss would be mad to let the fan favourite go even if he isn't the most traditional 'Mourinho player'.

Tanguy Ndombele - KEEP - Spurs' record signing has had a stop-start beginning to life in North London. He has shown flashes of brilliance amid his string of injuries and his strength and quality on the ball suit the Mourinho style perfectly.

Giovanni Lo Celso - KEEP - The Argentinian netted his first-ever goal against Red Star Belgrade in one of ​Spurs' more impressive displays this campaign and it would be a strange decision to get rid of him before he's had a chance to prove himself. Christian Eriksen - KEEP - This might be a controversial one given how the Dane's performances have tailed off amid his contract dispute, but Eriksen is simply irreplaceable at Spurs. The 27-year-old has the creative spark that no one else in the Tottenham squad does, and if Mourinho can get him playing again (and back to the negotiating table), he could be invaluable.

Dele Alli - KEEP - In some ways, Dele Alli at his best is reminiscent of Frank Lampard in Mourinho's first spell at Chelsea. The Englishman can score goals of all kinds and is not afraid to get stuck in. Potentially this player and manager are a match made in heaven, if they click...

Erik Lamela - SELL - Spurs fans might not like this but after six years at the club it's difficult to work out what Lamela actually does. The Argentine has only ever hit double figures in terms of goals once and his injury record is a nightmare. Spurs need to raise cash to rebuild through player sales and Lamela could be the way to do that.

Lucas Moura - KEEP - The Brazilian forward has been a strong option for Spurs since his arrival from PSG in January 2018, with his high point famously coming in the Champions League semi-final against Ajax. If he can be taught how to track back more effectively, he could be the key Mourinho player, with his pace and eye for goal.

Ryan Sessegnon - KEEP - It remains to be seen if Sessegnon will stay as a winger or be officially converted into a left back. The England Under-21 international excelled in both positions at ​Fulham and despite struggling in his first full Premier League season has undoubted talent. He'll be one for the future if Mourinho can trust him. Harry Kane - KEEP - It feels silly even having to put Kane on this list. The England captain is arguably the best centre forward in the world right now and Spurs must keep him if they have ambitions of getting back to the high levels Mauricio Pochettino took them to.

Son Heung-min- KEEP - Son is one of the nicest guys in football, and while Mourinho probably won't be a fan of his hand-shaking antics - if the Portuguese manager's relationship with ​Paul Pogba is anything to go by - he'll surely trust the South Korean to deliver when it comes to the important moments on it.