Atalanta welcome Serie A leaders Juventus to the Gewiss Stadium ​on Saturday afternoon as La Vecchia Signora look to record their fifth straight victory in all competitions and stretch their lead over Antonio Conte's Inter to four points.

Gian Piero Gasperini's Atalanta have made a solid start to the 2019/20 Serie A campaign and currently sit fifth in the table with 22 points.

Despite not winning a league game since a 7-1 thrashing of Udinese in October, a Maurizio Sarri's side occupy top spot in Serie A and are yet to taste defeat in the league thus far, having narrowly beaten AC Milan 1-0 in their last league fixture. ​Juve have recorded ten wins and two draws from their opening 12 games but can't afford any slip-ups as ​Inter remain hot on their tails.

It is the league leaders versus the league's top scorers on Saturday in what should be an enthralling game filled with goals.

Check out 90min's preview for Saturday's fixture below. ​Atalanta have a few injury concerns to consider ahead of Saturday's game. Top goalscorer Duvan Zapata is a doubt having only just returned to training following a muscle injury, while midfielder Remo Freuler has a thigh problem and will be assessed before the game.

Juventus will be without a handful of stars ahead of their trip to Stadio Atleti Azzurri d'Italia, with the likes of Miralem Pjanic, Alex Sandro (both groin), Blaise Matuidi (rib) and Giorgio Chiellini (ACL) all sidelined. 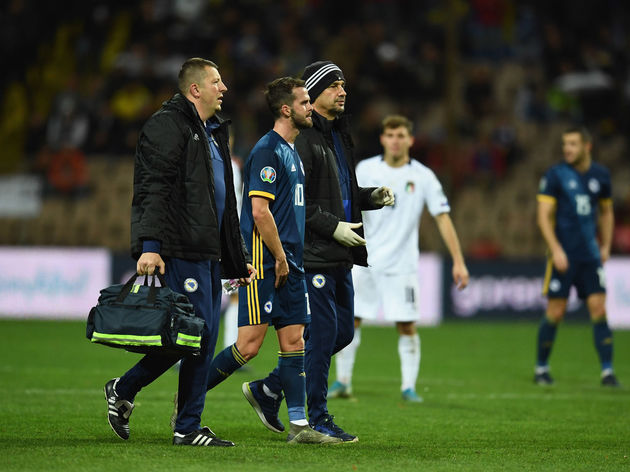 Atalanta and Juventus have played each other 28 times previously, with Juventus dominating proceedings, recording 21 wins to Atalanta's single victory, with the remaining six ending in draws. The last two league meetings between these two sides have ended in 1-1 and 2-2 draws respectively, with Atalanta recording a 3-0 Coppa Italia win over I Bianconeri in between.

​Despite a strong start to the 2019/20 league campaign, Atalanta have struggled for victories in recent weeks.

They've only won once in their previous six fixtures in all competitions, recording three draws in their last four games against ​Manchester City, ​Napoli and Sampdoria. Strikers Luis Muriel and Duván Zapata have been prolific so far this season, scoring eight and seven goals respectively.

Juventus remain unbeaten in their last 17 games, stretching back to May 2019 when they lost 2-0 away to Sampdoria. La Vecchia Signora have also won their last four matches, including league wins against AC Milan, Torino and Genoa. Cristiano Ronaldo has been Juve's star man in front of goal, netting six times this season, followed by Paulo Dybala with five. With that said, here is how both teams have fared in their last five fixtures.

Despite not beating Atalanta in their last three attempts, a victory should be a formality for Sarri's side, given the talent at his disposal.

With Ronaldo scoring goals for fun during the international break, he will fancy his chances against Gli Oribici with help from strike partners Gonzalo Higuain and Paulo Dybala. Victory over Atalanta will not be a walk in the park, however, and the home side will be looking to cause an upset over the Italian giants. With the aforementioned Zapata and Muriel scoring 15 goals between them this season, a tightly contested game should not be ruled out.