Solskjaer himself previously managed Haaland at former club Molde and was responsible for giving the raw talent his top flight debut. As such, United have never been very far away from the inescapable transfer gossip when it comes to the player’s very bright future. 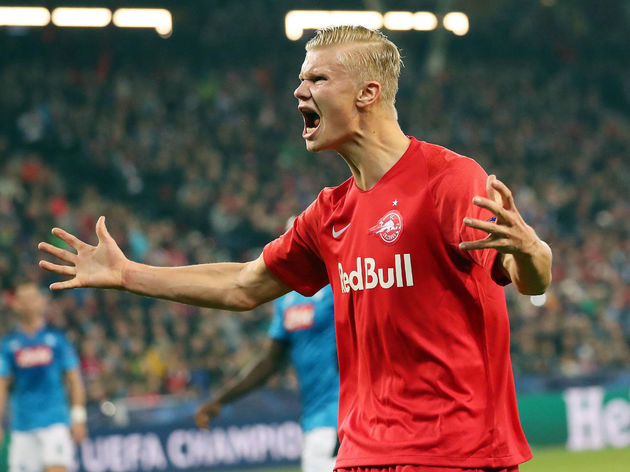 90min first told you back in October that Haaland is one of three young Norwegian talents United are monitoring this season, with Sander Berge and Kristoffer Ajer also on the radar.

More recently, there has been speculation that Barcelona plan to end their interest over the €100m price tag attached to the player, while the player’s father, former Leeds and Manchester City midfielder Alf-Inge Haaland, has been spotted at United’s training ground.

Solskjaer is also believed to have tasked his most trusted ‘personal scout’ Simon Wells, United’s former Scandinavia scout who is now in a more senior recruitment role, with keeping a close eye on the rapidly developing talent.

Even though Haaland Sr. is suspected to be questioning whether a move to the Premier League is the right one for his son at this moment in time, the latest from the Daily Mail is that United remain ‘undeterred’ and that Solskjar is ‘determined’. It is said that ‘high-level talks’ have already taken place within the club, with coaching staff even discussing how Haaland would fit into a team alongside Marcus Rashford.

Even if a deal as early as January isn’t viable, the Mail notes that United want it done by summer. Other strikers like Mario Mandzukic and Edin Dzeko have been considered, but the club is understandably unwilling to pay ‘over the odds’ for short-term options.

Despite Barcelona supposedly dropping out, United will undoubtedly face major competition to sign Haaland. One report originating from Germany alleged that just as Haaland Sr. is believed to have visited Carrington, the player and his father were also invited over for a visit of Arsenal.

There is also the ongoing suggestion that Haaland could initially reject the chance to join an elite club and opt instead to head to RB Leipzig, thereby remaining in the Red Bull family. That option has already been rumoured in recent weeks, but now Leipzig sporting director Markus Krosche has publicly addressed it and refused to rule it out. 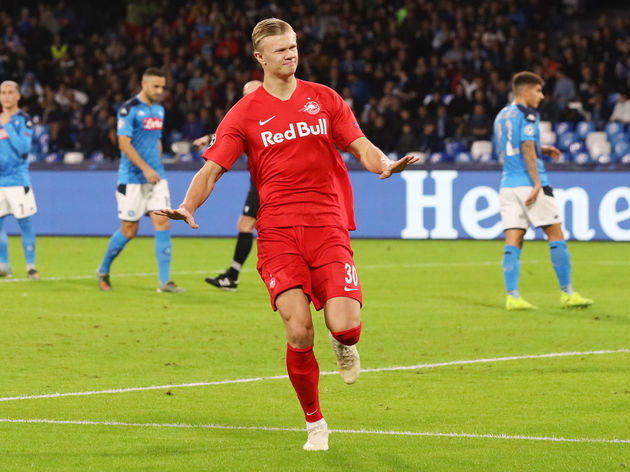 “The boy is a very good player,” Krosche is quoted as saying by German publication Sport Bild. “Both in the league and in the Champions League, he does an exceptionally good job. Of course, we are already looking around for the summer.”

One other aspect of that Sport Bild story is a released clause of just €30m. But it is not entirely clear whether that is a closed clause only available to Leipzig, given that the price tags widely reported as far as the top clubs are concerned have ranged from €60m to €100m.