How Barcelona's Players Fared During the November International Break

Barcelona have been busy during last week's international break, with many of their top names featuring for their respective countries in games across the globe.

It was an action-packed couple of matchdays for Barca's stars, full of drama, ecstasy and, for some, relief at finally reaching next summer's European Championships.

Here, we take a closer look at how they all fared. 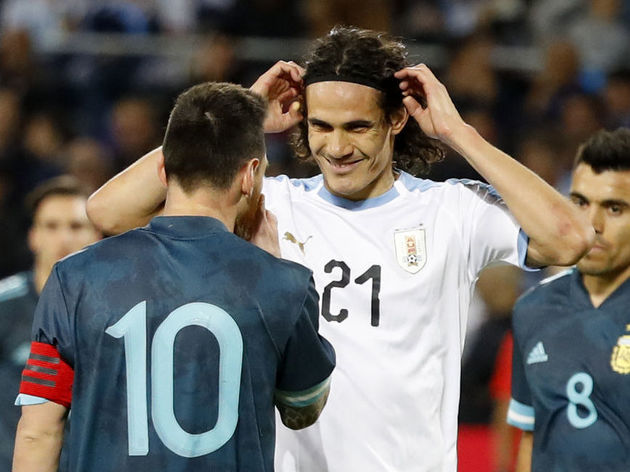 No surprise that Messi hit the headlines in his first two games back for Argentina, after completing a three-month ban following his Copa America outburst.

If you thought he would have a quiet return, you were wrong, as in the first game against Brazil, Messi saw his penalty saved but scored the rebound, which proved to be the only goal of the game.

Next, an encounter with Uruguay which saw sparks fly. First, ​Messi squared up to Edinson Cavani, before assisting Sergio Aguero and scoring a dramatic last-minute penalty to rescue a 2-2 draw. Arthur came up against his club skipper in Brazil's game with Argentina but was powerless to stop the little magician from conjuring up a 1-0 win.

Liverpool's Fabinho replaced Arthur just after the hour mark, but the ​Barca midfielder did then play 80 minutes of his country's 3-0 win over South Korea on Tuesday. 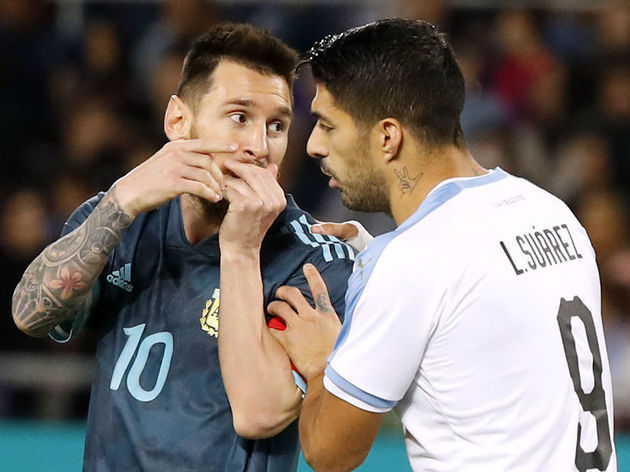 In Uruguay's first matchup, the number nine only played the first half of his side's 2-1 friendly win over Hungary.

Then, so often the instigator of controversy, Suárez played the role of peacemaker in ​Messi and Cavani's little squabble.

Aside from stepping in to help his club-mate, Suárez scored a free-kick which looked for all the world to be the match winner...until you know who intervened. The midfielder was back in the XI against Romania and although exceedingly comfortable, he did manage to pick up his customary yellow card in the 5-0 win. The Dutch needed a point to seal qualification and with De Jong at the heart of their midfield, they ground out a 0-0 draw away to Northern Ireland, to book their spot in next summer's tournament.

With their place guaranteed the Netherlands strolled to a 5-0 win at home to Estonia, a game in which De Jong featured for 75 minutes. In a crucial qualifier, ter Stegen found himself on the bench for Germany as captain Manuel Neuer took his place between the sticks for the 4-0 home win over Belarus.

But with qualification decided, the Barca stopper did play in the 6-1 demolition of Northern Ireland, although he wouldn't have been too happy to concede. The pair were instrumental in seeing France over the line and helping their country finish as Group H winners. In the first game, they played their part in a 2-1 home win over Moldova.

But it was against Albania that the duo really made a difference. Defender Lenglet contributed to a clean sheet while Griezmann scored France's second goal to secure a 2-0 away triumph. The right-back helped Senegal to a clean sheet in a 2-0 victory over Congo but was rested for the second game which saw Aliou Cissé's side win 4-1 away to Eswatini. Amid the ongoing political crisis in Chile, the players decided that it wasn't appropriate to play their friendly against Peru and so it was cancelled, meaning Vidal had extra time to rest.