Exclusive - ​Tottenham's actions over the last 24 hours have shocked English football to the core.

Mauricio Pochettino - one of their greatest ever managers - has been dismissed by Daniel Levy following a poor start to the new Premier League season. And within 12 hours Jose Mourinho, the Jose Mourinho, has been installed as his replacement.

Never have they taken a decision as bold as this.

While he comes with obvious baggage, Mourinho brings with him a legacy that not even Pochettino could dream of. Two-time ​Champions League winner, multiple league title wins in several countries, and a proven track record of winning at every big club he's managed. Tie in the fact that Spurs have not won a trophy since 2008 and there's strong reason to believe that this is Mourinho's perfect job. This time, he can do it his way.

Tottenham supporters, though, are divided. Losing a man they were incredibly fond of and substituting him for ​football's greatest heel is quite the move, and that's before we've even considered the timing - which on the face of it was just as peculiar as the decision itself.

Levy has had the better part of two weeks to pull the trigger, but Spurs have made their choice just days before their next Premier League fixture. The dust has had, and will have, no time to settle before the matches get going again. 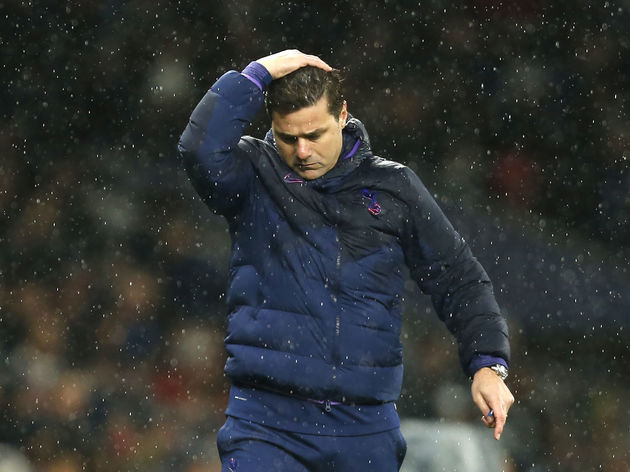 90min, however, understands that Tottenham have taken their decision upon hearing of interest from Arsenal, their north London rivals, in Mourinho, who was Levy's preference for the role in the long-term.

Unai Emery has come under huge pressure from the Arsenal fanbase for below-par performances and results over the past 12 months, with suggestions being that a continuation of such form could lead to his own imminent departure.

Mourinho was open to Arsenal, but seeing that their own players have lost their way under Pochettino and without any positive signs of improvement, Spurs have now beaten them to the punch. An added bonus for Levy came in Mourinho being out of work following his sacking by Manchester United eleven months ago, meaning no extra charges behind Pochettino's payoff.

The ​Athletic have reported in the wake of the Argentinian's departure that his dismissal was "the only decision that made sense" and that his demeanour was one that suggested he'd wanted out for a number of months before the divorce was confirmed. Butting heads on transfer targets with Levy and a resistance to an upheaval of the squad - who themselves lost their patience with him - only contributed to the negative feeling.

Mourinho is set to earn double Pochettino's salary in north London - ​Mail Online report it to be £15m-a-year - and will take training at 3pm on Wednesday. He has already been presented in official photos from the club and will meet the press for the first time on Friday.

His first game in charge will come at West Ham, while Mourinho is set to visit former club ​Manchester United on December 4 and host another former team, Chelsea, on December 22.