Borussia Dortmund will expect nothing less than all three points when they host bottom of the Bundesliga Paderborn at the Westfalenstadion on Friday night.

Dortmund will want to put their damning 4-0 defeat to rivals Bayern Munich before the international break to one side and get their league challenge back on track with a confidence-boosting win. Lucien Favre's team are currently sixth in the league but find themselves only two points off RB Leipzig in second. That said, a shock defeat on Friday could see them fall as far as tenth, such is the small margin of error this season.

But, despite Dortmund's indifferent league form, they should still see this as a home banker against a Paderborn side who only have four points to their name this campaign.

That said, the Bundesliga new boys did only lose 3-2 to Bayern earlier in the calendar, in a warning to ​Dortmund that complacency will come a cropper, even against a team rooted to the foot of the table. Striker Paco Alcácer is in line for a recall to the starting XI after only making an appearance as a substitute in the Bayern defeat. ​​hooked by Favre in just the 34th minute

However, midfielder Thomas Delaney is a doubt after picking up a knock on international duty during Denmark's 1-1 draw with the Republic of Ireland on Monday night. 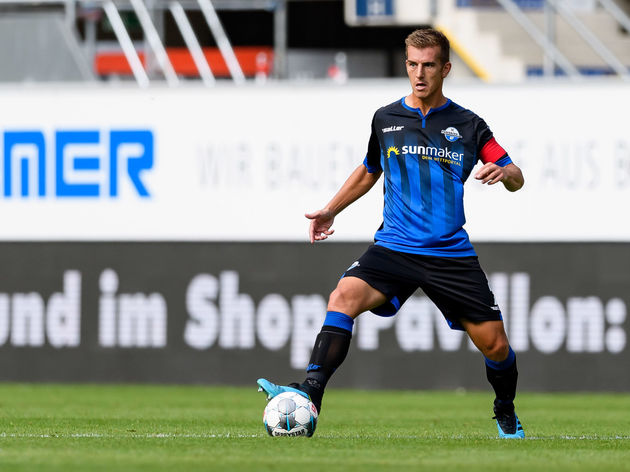 As for the visitors, captain Uwe Hünemeier remains sidelined ​with a torn ankle ligament injury which has kept him out of action since matchday six in late September.

German forward Marlon Ritter is a doubt with a groin injury and so manager Steffen Baumgart is likely to select Streli Mamba to lead the attack. Dortmund are unbeaten in the previous four meetings between the two sides, although Paderborn did achieve a 2-2 draw against Die Borussen in 2014.

The last game between the two ended in a 7-1 DFB-Pokal drubbing by Dortmund, with ​Manchester City's Ilkay Gündogan and ​Arsenal's 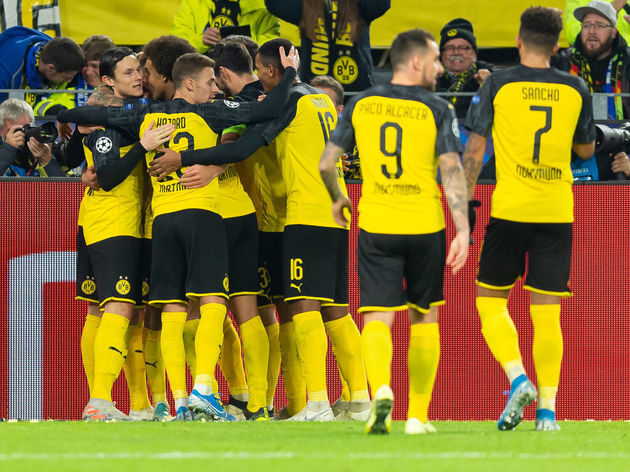 Dortmund will want to move on from the defeat away at Bayern as quickly as possible and look to get back to winning ways.

Their last home game was far more positive though, an incredible 3-2 Champions League comeback win against Inter in which Dortmund recovered from being 2-0 down to topple the Italian giants.

Prior to the Bayern game, Lucien Favre's side had made strides defensively, keeping three consecutive clean sheets in the Bundesliga. 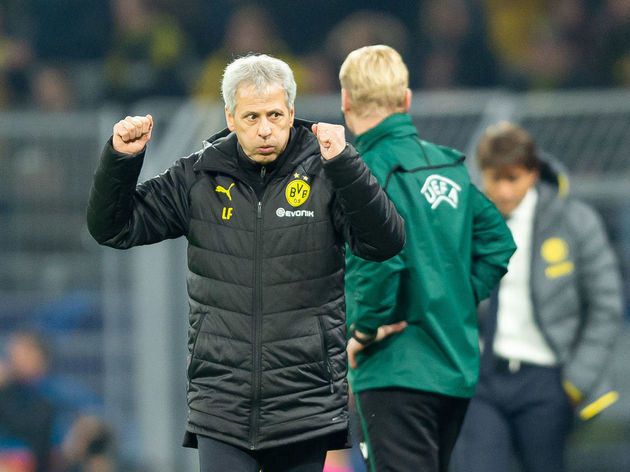 What's more, Dortmund have made a fortress of the Westfalenstadion in the league, having only dropped two points at home since the start of the campaign.

Meanwhile, Paderborn have lost three games on the bounce although, Baumgart's men will take heart from their most recent outing against Augsburg, which they narrowly lost 1-0.

However, the visitors have lost nine of their 11 Bundesliga games and they have only managed one point on their travels this season.

Here is how both teams have fared in their last five outings in all competitions.

Given their positions in the table and Dortmund's unbeaten home form, everything points towards a comfortable and convincing win for Lucien Favre's men.

Paderborn have struggled since promotion to the Bundesliga last season and if Dortmund score early, it could be a long night for the away side.