The Argentine's been on borrowed time with results going against Spurs ever since the end of last season, with Tottenham currently sitting 14th in the Premier League table.

The club made their official announcement on Tuesday, which was unsurprisingly met with a mixed reaction for fans and pundits across social media. 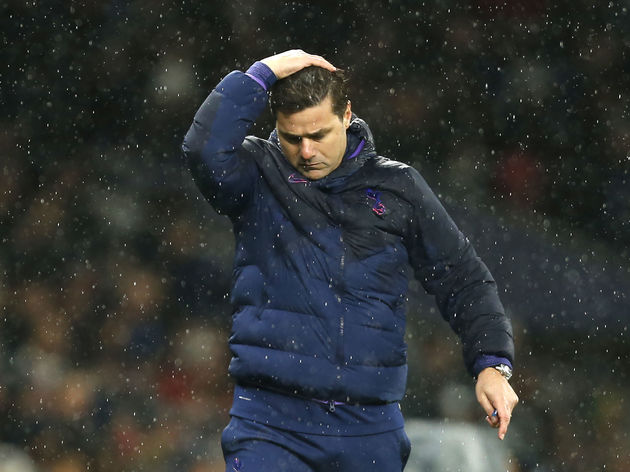 Although Pochettino will arguably go down as one of Tottenham's greatest ever managers, it was only a matter of time before he left the club and their recent run of results made his departure inevitable.

But that hasn't made Tuesday's announcement an easy pill to swallow, with hundreds of Tottenham fans and neutrals alike sharing their confusion over the decision.

Here's a selection of the best.

Good luck to Tottenham on finding a manager that may outdo what Pochettino achieved. He may not have ‘won a trophy’ but he built a very good team that wasn’t too far away.

Mauricio Pochettino has been sacked by @SpursOfficial. He helped the club to punch massively above their weight for years. Good luck with finding a better replacement....ain’t gonna happen.

I feared this was going to happen today. Tottenham sack Pochettino. Wow. #THFC

How has Pochettino been fired?! Got them to a champions league final 5 months ago, awful decision!

Sacking Pochettino is absolute madness. What an awful decision. #Pochettino

I am absolutely embarrassed by our football club I cannot stand Enic and Daniel Levy!
Pochettino, all I can say is thank you! Thank you for making me as a fan believe we could achieve things, sorry you have been let down by certain fans and shocking heirachy! #THFC 

Mauricio Pochettino made exceeding expectations the norm at Tottenham under several restrictions at a time when their rivals have never been so well resourced or relentless. He changed how we viewed Spurs. A transformation greater than trophies by a certified elite manager

It was news that sent shockwaves across the footballing world on Tuesday.

And while most people first thought about what's next for the club and Pochettino, others just couldn't quite get their minds off of one thing...

Can’t wait for this Ep in the Amazon Doc. It’s like the red wedding #Pochettino

Amazon might just have covered their @premierleague rights tab with the news of #Pochettino's sacking. #allornothing

Me watching Tottenham’s Amazon documentary when Daniel Levy decides getting rid of Mauricio Pochettino is a good idea. pic.twitter.com/Dav0fRtFUO

Say what you want about Amazon, they know how to drive ratings 臘‍♂️#Tottenham #Pochettino https://t.co/Idqke6snSt

But with the initial shock of Pochettino's exit starting to settle down.

And, yes, that excitement about the Amazon Documentary.

Attention now turns to what happens next for Tottenham, as well as their former manager.

Tottenham are considering José Mourinho as new manager, after sacking Pochettino. And José would be open to start a discussion with Spurs. Daniel Levy will decide on next hours. ⚪️ #THFC #Tottenham #Spurs #Pochettino

Mourinho waiting on that call from Levy #Pochettino #tottenham pic.twitter.com/zU4uYTcKSQ

An open job in London, with champions league football.

Jose Mourinho is coming back

Who was it that said the international break is boring?