​Chelsea defender Fikayo Tomori has said that there was never any doubt about pledging his allegiance to England, despite also being eligible to play for Nigeria and Canada.

The 21-year-old made his Three Lions debut in the 4-0 win over Kosovo on Sunday, ending any distant Nigerian and Canadian hopes of him changing his stance over his international future. 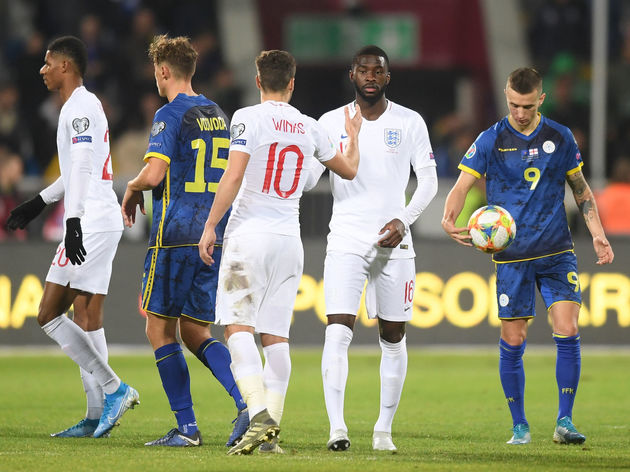 Speaking about a potential switch to Nigeria, Tomori said, as quoted by The Mirror: “Once I got the call from England last month it was pretty much finalised, it was just about making my cap.

“People still talked about the fact I hadn’t played and could still switch but it never really crossed my mind. As a little kid, you want to make your debut for England. To get into the squad was one thing but then your debut is another thing so obviously, it was a very proud moment for me.”

Tomori’s appearance means that nine out of the last 21 England debutants have been with the Chelsea academy at some stage, with teammates Tammy Abraham and Mason Mount also making their debuts in October. After playing under Frank Lampard while on loan at Derby last season, Tomori has shone under the Chelsea legend at Stamford Bridge so far this season. Since scoring on his full debut against Wolves, Tomori has been a key player the Blues, making 13 appearances in the Premier League and Champions League and forming a formidable pairing with Kurt Zouma at the heart of their backline.

“It’s pretty mad," Tomori added. "If you told me 12 months ago that I’d make my England debut, I’d probably have looked at you funny because it just seemed so far away.

“I think if you asked Mason [Mount] the same question, I think he’d have been a bit, not weirded out, but a bit confused. Obviously he got called up last year but the fact he’s played now and scored a goal, whereas 12 months ago he was in the Championship – it’s a crazy journey.”

With the third international break of the season out of the way, Tomori's focus returns to Chelsea and their crucial clash at Manchester City