Arsenal manager ​Unai Emery has reportedly identified Sevilla's Ever Banega as a replacement for Welsh midfielder Aaron Ramsey, who looks increasingly likely to leave the club upon the expiry of his contract next summer.

Banega, who featured for Argentina d

Emery knows the 30-year-old well, and according to the  Daily Mirror It is expected the move wouldn't come cheap, but rumours suggest that he wants a Sevilla exit this summer, and ​Arsenal's board are reportedly prepared to back Emery and meet the required price.

Since signing for Emery's Sevilla from Valencia in 2014, Banega has gone on to make 159 appearances, winning the Europa League twice and the Spanish Cup once.

He would serve as an adequate replacement for ​Ramsey, whose contract talks with the club are reported to have broken down. He may now follow in the footsteps of Jack Wilshere and depart the Emirates on a free transfer this summer,  if an agreement can not be reached between now and January.

​Real Madrid are among a host of clubs seemingly considering a move for Ramsey, who has been one of Arsenal's most consistent performers over what has been a turbulent few years for the club. 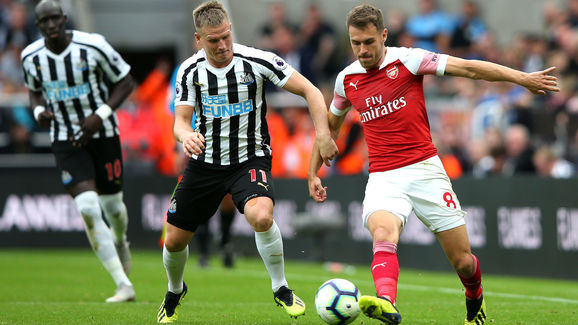 Fellow ​Premier League side Liverpool are rumoured to have been looking at Ramsey also, but with significant strength in midfield depth already at their disposal, it's unlikely they will make a move.