It was a disappointing night for the Reds in the ​Champions League, as Liverpool fell to a 1-0 defeat to Carlo Ancelotti's Napoli. It was the Merseyside club's second defeat of the season, following their 2-1 loss to ​Chelsea in the Carabao Cup last week. The loss sees Liverpool drop to second in their group, one point behind Napoli, and level on points with PSG.

The Reds laboured for the full 90 minutes at the Stadio San Paolo, with their normally explosive attack just not clicking into gear. 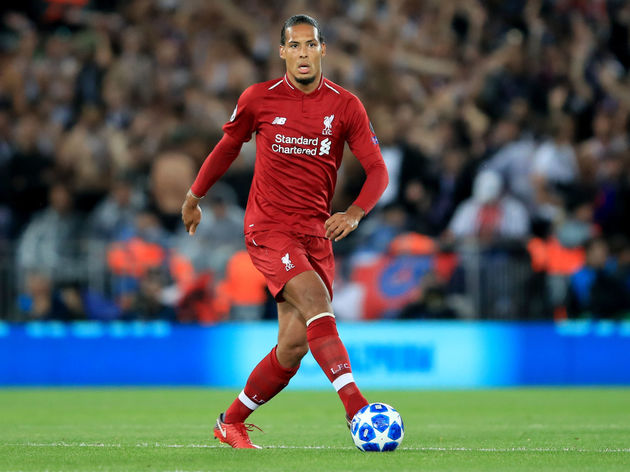 However, for the majority of the match, Liverpool's defence was as solid as a rock. Opposing fans used to mock Liverpool for their shaky defence, but this all changed following the big money signings of Virgil Van Dijk and Alisson, as well as the emergence of Andy Robertson and ​Trent Alexander-Arnold.

Van Dijk in particular earned considerable praise on twitter from an array of ​Liverpool fans. Here are the pick of the bunch:

Alisson Gomez and Van Dijk have been colossal. #LFC

van dijk and gomez absolutely carrying this team on their shoulders

Gomez and van Dijk are ridiculously good together. They’ve both been great so far.

It says a lot about your team when your best players performing on the pitch are two CBs.
Van dijk and Gomez are class though. They also look great going forward.

Gomez has former a great partnership with Van Dijk. Loving watching these two at the heart of our defence. #lfc #rocksolid

I never want to see lovren play ahead of Gomez and Van Dijk, what a partnership

After their outstanding start to the season, Liverpool have slightly fallen back to earth this week. Fans may start to realise that as good as the Reds are (and they are genuine title contenders), nothing is won in August and September and there is still a long way to go if Liverpool are to win the major trophy that their fans so desperately crave.