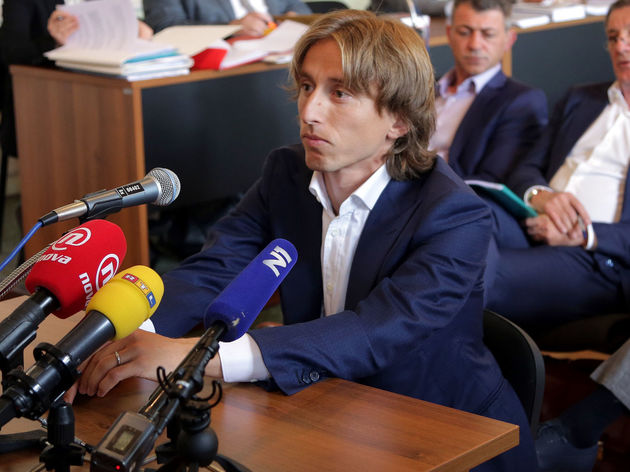 According to the ​BBC, a Zagreb criminal court has now rejected the charge against ​Real's Modric, ​which was made in March, with local reports suggesting the move was made as it was deemed the accusation was "premature" because the final verdict in the corruption trial itself was yet to be determined.

The verdict, however, can be appealed by the state attorney's office.

Wow. It seems that the perjury charges against Luka Modrić have just been dropped. The unofficial claim says that the charges were dropped due to the fact that he allegedly cannot be charged for perjury until the verdict in Mamić case is official.

The prosecution stated that the 33-year-old falsely claimed he had signed the annex to his contract in July 2004, as it was actually signed in 2008 when he had already left the club. Modric altered his testimony throughout proceedings, allegedly in an attempt to help Mamic.

Over the summer Mamic was sentenced to six-and-a-half years in prison, along with two other former club

Despite his involvement in legal proceedings, Modric experienced his best season of his career in terms of awards having been named as the best men's player of the year by FIFA, as well as being awarded the golden ball at the World Cup following Croatia's stunning run to the final.