​Luka Modric has admitted that the atmosphere in Real Madrid's dressing room was particularly downbeat, after they suffered a shock defeat to CSKA Moscow on Tuesday.

Modric was introduced from the bench in the second half at the Luzhniki Stadium, but couldn't help Real turn things around as Nikola Vlasic's goal in the second minute proved sufficient for the Russian side to claim a famous victory.

The result means that Los Blancos have now gone three matches without a win and have not scored in any of those matches. They lost 3-0 to Sevilla a week ago before sharing a goalless draw with rivals ​Atletico Madrid over the weekend.

"We are annoyed. We did not expect to lose points here and the atmosphere in the locker room is not the best right now," said ​Modric, quoted by ​Mundo Deportivo.

"We have to raise our heads. In the last three games, especially in Seville and here, we were not at our level. Against Atlético in the second half we played better. When you do not score, it's worrisome, but we'll find solutions to get out of this situation."

It was the first time Los Blancos had failed to score in a Champions League match since the 2015/16 semi-final first leg against Manchester City, and raised further concerns about this team's goalscoring potential without ​Cristiano Ronaldo. 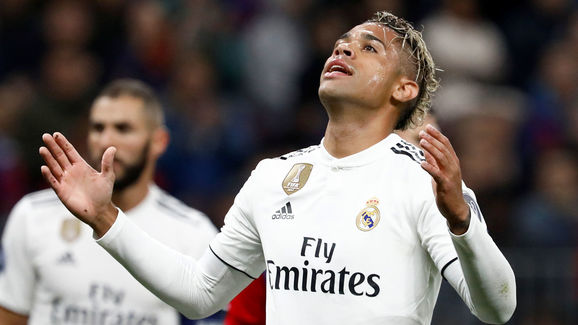 Ronaldo scored 15 of ​Real's 33 Champions League goals last season and holds the record for the most goals ever scored by an individual player in the competition, with 121.

His natural successor in the Madrid team is ​Gareth Bale, but the Welshman was unable to play in Moscow due to injury.

Real hope to get back to their winning ways when they travel to ​La Lig​a high-flyers Alaves on Saturday.