Bayern Munich have been made to wait as they look to return to winning ways in the wake of their weekend Bundesliga loss.

Facing Ajax in their second Champions League match of the season, it was expected that Niko Kovac's men would have an easier time than they did. 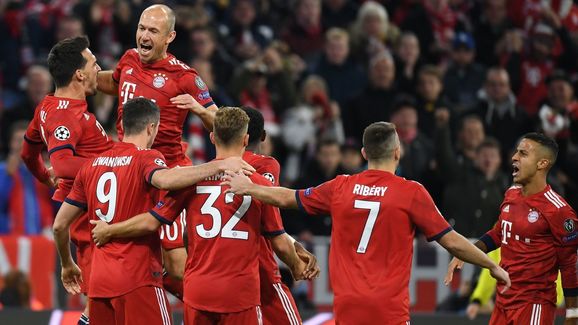 The German side did begin their affairs rather quickly, though. Mats Hummels struck in only the fourth minute of the match, getting his head to Arjen Robben's pass off of a set piece.

However, the visitors responded 18 minutes later through former Southampton star Dusan Tadic setting up a goal for

After many, useless, wasted headers, Hummels is finally successful 

Tadic with another fantastic assist in the Champions League at Ajax against Bayern Munich! #whathavewedone

The Dutch contingent kept at it and caused Bayernseveral problems as the match wore on, But, despite their best efforts, could not affect the scoreline further as they were made to share the spoils in a 1-1 draw.

Here is our breakdown of the match:

Bayern would have definitely come out on the losing end if Ajax had been a tad luckier. And the latter really deserved to win, considering all the chances they created.

Die Roten's midfield and defence were mostly ran over and the visitors kept them on the back foot for most of the second half. They were quite unfortunate to leave Germany with just one point but they should be very satisfied with both their performance and the result.

Ajax REALLY should be leading Bayern at the Allianz here! They've had the best chances in the 2nd half. It remains 1-1 still. #BAYAJA

Thiago not having the best of games but still Bayerns best player. Javi Martinez looks finished, too slow and clumsy (watch Ajax goal). Ajax the better team. Cruijff would be proud of this football!

The German giants haven't looked exactly convincing in recent times and were nearly exposed by a brave Ajax side who were relentless in their chase for all three points. And they can't afford to play as badly again as it could be costly.

The Germany stopper completed a near-perfect job for his side on the night and was the sole reason they didn't lose in the end.

Neuermade several key stops during a match Bayern should have easily lost. And a save at the death from a stinging free kick, that he only just managed to tip onto the bar, kept the points safe for his side.

Oh my, Schöne hits a rocket free kick and Neuer saves excellently to tip it onto the crossbar.

What a game we've had tonight, people! #UCL #FCBAJA

Neuer has admittedly lost some of his edge since the injury that almost kept him out of the World Cup. But his performance against Ajax is deserving of plaudits as the 2013 winners would have definitely lost this one if it hadn't been for his acrobatics - although he very nearly gifted the Dutch side a goal with a wayward kick at one point.

This one could have gone anywhere as Bayern were collectively poor, save their goal-scorer (somewhat) and goalkeeper, but it will have to stick with Javi Martinex, despite him nearly scoring. The midfield man was clearly off the pace and that was exploited by the opposition, who just about had their way in the middle and got seven shots on target to Bayern's four as they were able to create opportunities from their forays through the middle.

The German Bundesliga champions have failed to win their second successive match but are still looking healthy in Group E with four points, while their most recent opponents lead the pack on goal difference.

Benfica are off the mark with their first win and are close behind with three points in first place. And Kovac will have quite the job on his hands getting his team back to being the dominant side they are known to be as other teams will have sensed their vulnerability.