Chelsea midfielder Danny Drinkwater is in no hurry to leave the club, despite failing to break into the first-team setup under Maurizio Sarri.

The central midfielder joined the Blues in a whopping £35m deal from Leicester last summer, but has failed to make an impression at Stamford Bridge - starting just 12 games in all competitions since arriving. 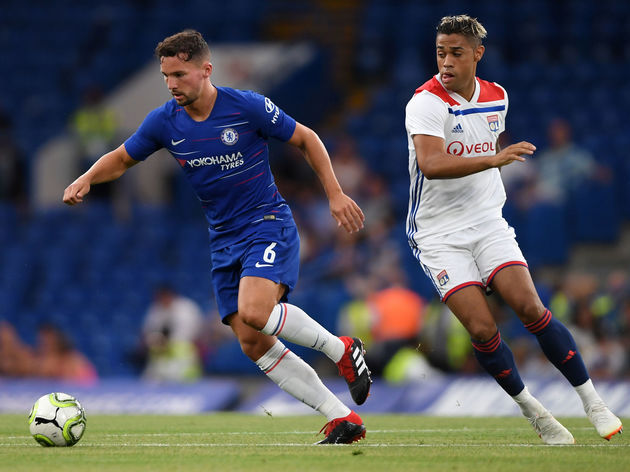 He even failed to make the substitute's bench for the Carabao Cup tie with ​Liverpool last week, fuelling speculation that Drinkwater may have played his last game for the club.

But a report in the ​Telegraph suggests that the 28-year-old is happy to remain at the club for the time being, as he would prefer to wait for the right opportunity to come up, rather than forcing through a January move just to get game time under his belt.

The club meanwhile would be willing to sanction a deal for ​Drinkwater to leave the club this winter, having attempted to offload him in the summer. His £100,000-a-week wages appear to be a stumbling block in attempting to sell him though, with many clubs being priced out of making a move for him.

Should he decide to bide his time, Drinkwater could be facing the prospect of failing to play any competitive football for over a year, barring an injury crisis at Stamford Bridge.

He last appeared for ​Chelsea in March during their defeat to ​Manchester City, and has no less than seven players ahead of him in the midfield pecking order - including new summer signings Jorginho and ​Mateo Kovacic, as well as England international teammates Ross Barkley and ​Ruben Loftus-Cheek.