​Leicester manager Claude Puel admitted he was delighted with both the discipline and play from his side ​during their 2-0 win against Newcastle.

A Jamie Vardy penalty and Harry Maguire header either side of of half time confirmed the win for the Foxes, in what was a routine win against a team still searching for their first win of the season.

Puel however was full of praise for Leicester's efforts, believing they were rewarded for their performance with the three points. 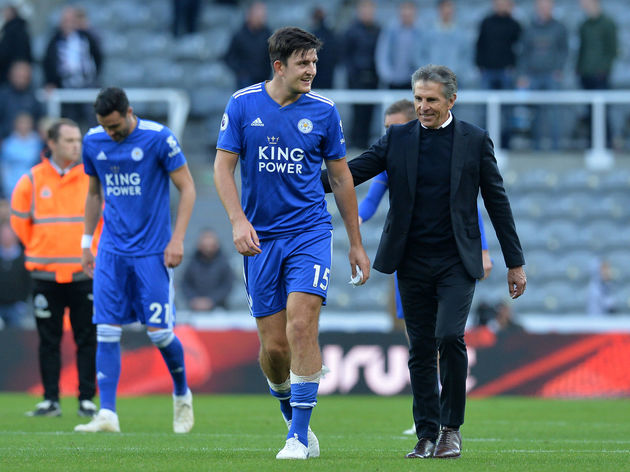 Speaking post-match to ​Sky Sports, Puel said: "I am of course satisfied because I think we made a strong, collective performance. It was against a good team, Newcastle played well. It was important to give a good response in the battles, the duels, to play direct.

"We continued to play on the floor with quality. It is a good reward for my players and I would like to say congratulations to them. We played with fantastic discipline, with good play, structure and all the things to make a good result in a difficult away game."

The win for ​Leicester moves them up to seventh in the ​Premier League as the Midlands club continue their fine start to the season.

While Puel was pleased with the collective efforts from his, he reserved special praise for the performances of ​Maguire and James Maddison, as the pair starred at St James' Park with England manager Gareth Southgate watching in the stands.

He continued, stating: "I am happy for him [Maguire] this afternoon. He played very well with a lot of concentration, and of course he scored.

"He [Maddison] continues to give his best. He has improved a lot, he has to continue this work. The most important thing is that he continues consistency in games and in training. And after we will see if he can have the reward."