Juventus 3-1 Napoli: Report, Ratings & Reactions as Bianconeri Come From Behind to Beat Partenopei

Juventus came from behind to beat Serie A title rivals Napoli on Saturday night as Mario Mandzukic scored twice to increase their lead at the top of the table.

Dries Mertens gave the visitors the lead in the tenth minute following Leonardo Bonucci's sloppy pass but Juventus hit back through Mandzukic before the Croatian put the hosts into the lead.

What a mechanical beast ​Juve are. No matter what they're faced with, Massimiliano Allegri's side find a way to win. They did it against Valencia, when Cristiano Ronaldo was sent off, and they did it again on Saturday after going a goal behind. They ended up seeing off Napoli with ease and the manner in which they competed their victory will send shivers down the spines of their title competitors, if there are any.

STAR MAN - Mandzukic's first strike hauled Juve back into the game after they went behind so early on and his second gave the Old Lady a lead they were never going to relinquish.

If my life depended on winning a single match, I choose Mandzukic first. Big time player in big time stages.

Have I ever mentioned how much I love Mario Mandzukic?

It was sad to see Gonzalo Higuain leave this summer, but I’m so glad that Mario Mandzukic is being given a chance to play up front again. One of the best pure number 9s in the world. pic.twitter.com/SLt3cSTKy6

Cristiano Ronaldo would have been a fair recipient after contributing two assists, but Mandzukic gave both Raul Albiol and Kalidou Koulibaly torrid afternoons and ensured his side strengthened their position at the top of Serie A.

WORST PLAYER - He ended up getting on the scoresheet, but Leonardo Bonucci's wayward pass cost his side a clean sheet on Saturday.

Napoli proceeded to waltz through the home side's defence with ease to net the opener, but Bonucci would later make amends with a goal from a set piece, poking home at the back stick from Ronaldo's flick.

Partenopei will see this loss as a massive missed opportunity. 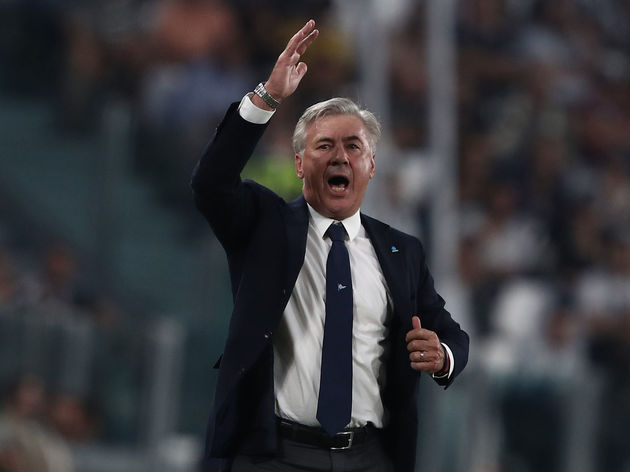 Napoli probably have the second best defence in Italy, second to Juve, but Albiol and Koulibaly put in abject performances after their forwards had given them the lead.

While they're still second in the table, the lead Juve have opened up on their rivals may already be too big for Napoli to make up, even at this early stage in the season.

STAR MAN - He ended up getting substituted but Dries Mertens was probably the best of a bad bunch. His strike was a goal anyone would score but the Belgium international still looked nippy as he looked to trouble Bonucci and Chiellini, neither of whom looked particularly comfortable.

WORST PLAYER - Pretty quite obvious, this one.

So stupid from Mario Rui...

When Ghoulam is back and healthy, Mario Rui needs to be shipped off far, far away. Awful player.

With his side, already trailing following Mandzukic's second effort, Mario Rui picked up his second yellow card and left the field of play.

Playing against Juventus is hard enough as it and getting yourself sent off by leaving a boot on an opponent will never help proceedings.

Both sides have midweek Champions League fixtures to look forward. For Juventus, a home tie with Young Boys awaits before returning to domestic duties with a trip to Udinese.

​Napoli have a massive clash with Liverpool at the Stadio San Paolo on Wednesday before hosting Sassuolo the following Sunday.