​Chelsea midfielder Jorginho has admitted that he joined the Blues this summer instead of Manchester City in order to remain with former Napoli manager Maurizio Sarri.

The 26-year-old was heavily linked with a move to Pep Guardiola's side and it appeared certain that he would make the move to Manchester. However, following Chelsea's unveiling of Sarri as their new manager, the club entered the race for the Italian midfielder and finalised a deal. Speaking to ​ESPN in Brazil, Jorginho admitted that he wanted to remain with Sarri, who had helped Jorginho emerge as one of the most impressive passers across Europe. He said:

"And there's also the greatness of ​Chelsea, such a big club. So these factors helped me making my mind."

He went on to discuss his relationship with Sarri, saying: relationship. He's always bantering, joking with me. 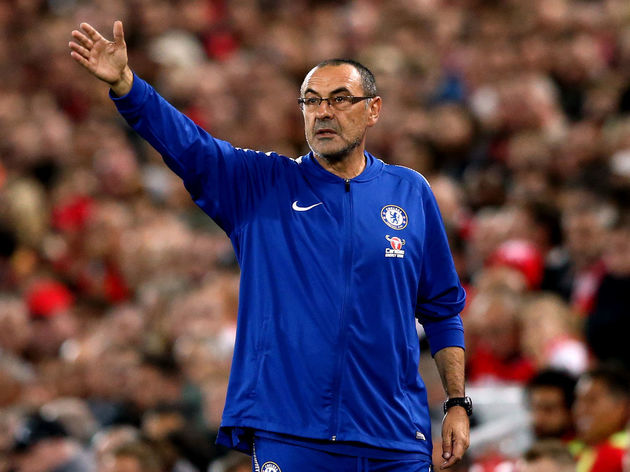 "He didn't call me, because he's not the type to be phoning players, but of course, through agents, I knew what his wish was and what kind of work would be put in here."

Sarri prefers his teams to play in an offensive manner, with a focus on quick passing to move the ball forward as fast as possible. It is this style that has allowed Jorginho to flourish, as the Italian sits at the base of the midfield and acts as the catalyst for all of his side's attacks.

When asked for his feelings towards Sarri's tactics, he said: "Good football to watch, entertaining for us players to play in, because there are always good moves and the players have fun playing under him."

Jorginho recently set a new ​Premier League record when he made 180 passes during Chelsea's 0-0 draw with ​West​ Ham and the Italian is certainly a key part to Sarri's desired style of play.