While Hazard denied having signed or agreed a new contract after his sublime goal saw Chelsea beat Liverpool in the Carabao Cup this week, The Guardian carries quotes that suggest he is enjoying his football much more under the new coaching regime. 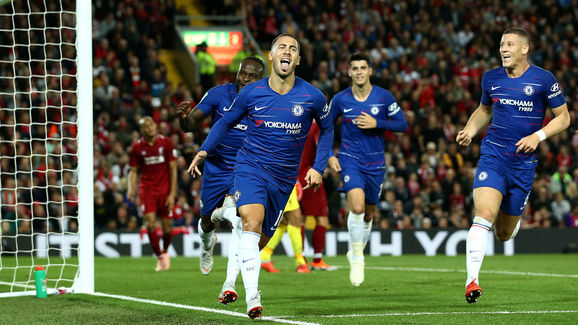 "You see [what has changed] on the pitch. We have different players, players we didn't have last season, players who like to have the ball," the Belgian explained.

"We have more possession than before. The attacking players benefit from that. We get more touches, more opportunities to create chances, to dribble more, more chances to shoot on target.

"Sarri is a manager who likes to have the ball. That makes a big difference. Besides that, he's an Italian. Just like under Conte there's a lot of tactics and we have to work hard in training. 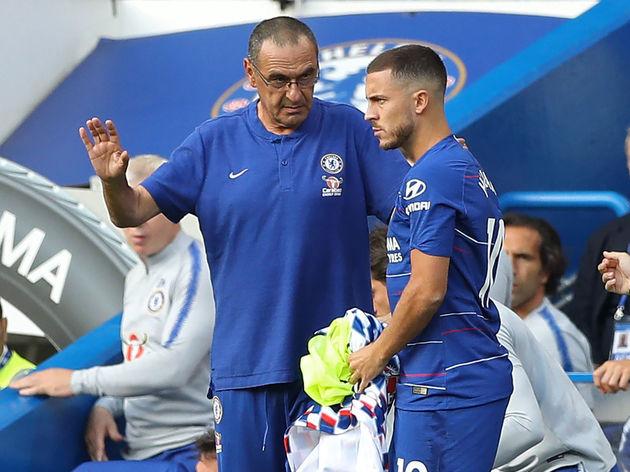 "I don't feel like saying that I didn't have any freedom under my previous managers. Conte and [Jose] Mourinho also let me do what I wanted in the last third. That's why I could excel under them too. Defensively I know what I have to do."

Hazard is out of contract at the end of 2019/20 and teammate Cesc Fabregas has warned that while Chelsea have been in a strong position, it will be difficult to keep hold of their star man if the situation remains the same next summer and he enters the final 12 months of his deal.

"Next year if he has one year left, that's a different story. You don't have as much power as a club. Eden is one of the best players in the world," Fabregas is quoted as saying by the Evening Standard.

"But having two years left, especially how the market is, it's basically impossible [for another club] to sign him up. I don't think it was that hard from the club [to keep him this summer]."