Two of Italy's biggest clubs are set to do battle in Turin on Saturday, as ​Napoli travel north to face rivals ​Juventus at the Allianz Stadium.

Involved in a pulsating title race last season, I Bianconeri's experience saw them over the line after being scared late on in the campaign by I Partenopei. Even though Kalidou Koulibaly's injury time header won the southerners the last clash between these two in gameweek 34, Napoli's extraordinary tally of 91 points still left them agonisingly short.

With the history of these geographical enemies bountiful, bad blood could spill over in a highly enthralling match up this weekend.

Here's what to expect:

Coming into the second leg of this quarter-final, Juventus held a 2-0 advantage. Pasquale Bruno and an own goal from Giancarlo Corradini had given I Bianconeri a strong lead after the game in Turin, but Partenopei were in no mood to lay down in Naples.

Inspired by Diego Maradona, the Stadio San Paolo team would claw their way back into this tie. An early penalty was doubled by Andrea Carnevale's strike prior to the break, before the second half tightened up as extra time loomed.

The encounter looked destined for penalties until Alessandro Renica marauded up from the back to tap in an 120th minute crossed ball. Napoli fans burst onto the pitch in celebration, as the last kick had sent them into the semi-finals.

It was a trophy the Naples club would go on to win as they defeated ​Bayern Munich and Stuttgart in the next two rounds.

Juve's newest star is to face his hardest test in Serie A so far when he goes up against Napoli's back line. 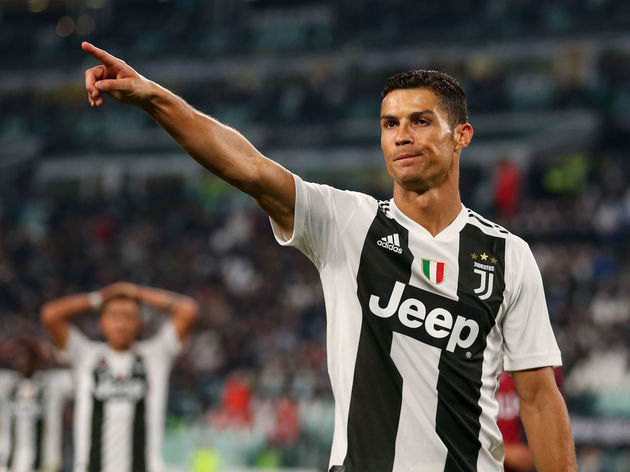 Up against powerhouse Koulibaly, the forward is in for quite the battle. Scoring the goal that kept his side in the title race last year, the Senegalese defender is adored in Naples. Howbeit, CR7 has shown his ability to strike against anyone, and this clash should definitely prove decisive in Saturday's outcome.

Max Allegri has a few fitness problems to deal with as Mattia De Sciglio and Sami Khedira are both ruled out. Although, the latter missing doesn't seem to be a problem with I Bianconeri's support. The majority of Juve's Twittersphere want to see their German midfielder dropped.

🎙 @OfficialAllegri: "It's possible that we'll play with two or even four in midfield, it depends on the characteristics of the individuals and also who will play in attack."#JuveNapoli #ForzaJuve

With ​Douglas Costa suspended after his abhorrent spitting incident in the Sassuolo game, Juve's manager has a decision to make out wide. After ​Paulo Dybala dazzled versus Bologna on Wednesday, it's likely he starts over Federico Bernardeschi.

As for Carlo Ancelotti, Napoli's boss may have a hard time leaving players out after rotating for their fixture at home to Parma.

Excellent victory at home today and ahead of an important game at the weekend. Great team work. #ForzaNapoliSempre pic.twitter.com/wf8DScKVWE

He is likely to revert to type for such an important game however, with David Ospina and Elseid Hysaj reclaiming their starting spots. The only outfield men sidelined are Vlad Chiriches and Amin Younes, who both continue to recover from their respective ankle and cruciate ruptures.

A potentially tough one to call, these two clubs should be backed to finish in first and second yet again.

With Inter's additions failing to gel in quickly and Roma not consistent enough to be challengers, Napoli will once more look to break Juve's perennial stranglehold on Serie A. With I Bianconeri's addition of Ronaldo and Partenopei's loss of Jorginho, the Serie A won't be as closely contested as it was last year. The first step to Juve proving this will be shown as they assert their dominance here.