'We Don't Play Only for Ronaldo': Dybala Lays Out Juventus Mindset After Another Win

After scoring his first goal of the season against Bologna on Wednesday, Paulo Dybala insisted that it is the efforts of the whole team that has seen them secure seven consecutive wins in all competitions, not just one man.

It has been a frustrating start to the campaign for the Argentina international, with some supporters questioning whether or not he will fit into the team since the arrival of Cristiano Ronaldo, but he had nothing but positive things to say about the high-profile summer signing.

The 2-0 victory left the 24-year-old striker in high spirits as he heaped praise on ​Ronaldo after the match, saying:

RonaldoDybalaD​AZN (via ​caughtoffside) that Juventusare far from a one-man team. " 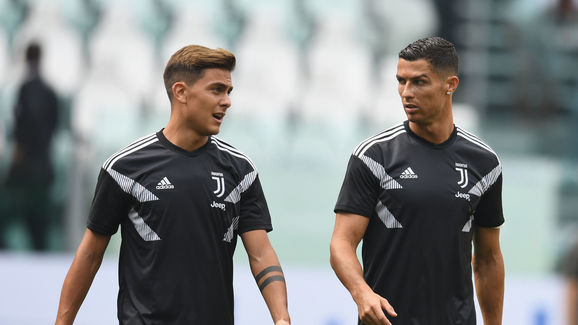 ​Juventus look unstoppable on all fronts this season, but questions are still being raised about whether or not Massimiliano Allegri can build a side that is capable of getting the very best out of the team's many stars, especially ​Dybala and Ronaldo.

After spending much of the opening few games of the season on the bench for Juventus, Dybala was goalless until Wednesday's