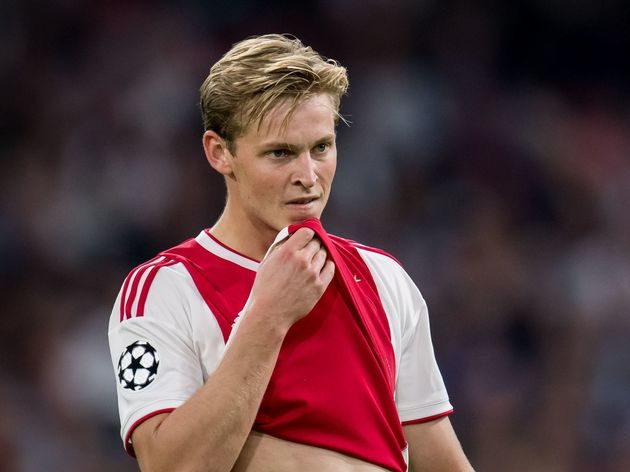 Reigning La Liga champions Barcelonahave been keeping tabs on the youngster for some time, but most recently Real Madridhave joined the race for his signature, and Los Blancos are supposedly willing to pay up to €80m.

A number of Premier League sides are also interested in the Netherlands international, including both Manchester clubs and ​Tottenham, but de Jong is set to shed some light over his future by announcing his plans over the next month, according to Barca Blaugranes

Although there is currently confusion over what de Jong's next move will be, journalist Ivan San Antonio believes that Barcelona remain in pole position for his signature despite recent interest in the midfielder from across Europe.

We cannot allow Real Madrid to sign Frenkie De Jong. I don’t care if he costs €80m, he’s a generational talent that we can’t miss out on, especially not to our arch rivals. Erik ten Hag's Ajax this season and the midfielder was instrumental in their recent 3-0 win over AEK Athens in the opening round of games in the Champions League.