​Jose Mourinho's criticism of Paul Pogba following his error against Wolves at the weekend went beyond his post-match comments, as the Manchester United manager went as far as confronting him in the dressing room after the game.

The 25-year-old was dispossessed in the build-up to the Midlands club's equaliser at Old Trafford, leading to yet more dropped points at home for the Red Devils, who are already eight points off Liverpool in first place.

Mourinho was critical of the World Cup winner after the game in his post-match synopsis, however ​The Sun are now reporting that the ​Man United boss continued with his criticism of the midfielder in the confines of the dressing room. 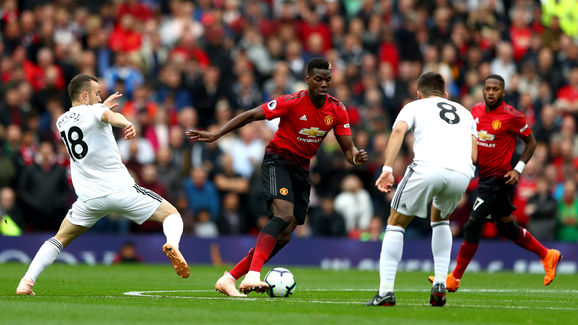 News of another apparent bust-up is just the latest in what appears to be a fraught relationship between the pair during their respected times at the club.

​Pogba himself ​was critical of Mourinho's tactics after the game, calling for his side to be more attacking at home, although he himself has moved quicklyto dispel any notion of tension

6 - Man Utd have dropped six points from seven Premier League games at Old Trafford against newly-promoted opposition under Jose Mourinho; more than the Red Devils had dropped in 10 seasons in the top-flight between 2006-07 and 2015-16 (5 pts). Glum. pic.twitter.com/LdIogg0eRP

The Red Devils will be hoping to put the disappointment of last weekend's draw behind them as they prepare for their Carabao Cup game against Derby, before returning to ​Premier League action to face West Ham at the London Stadium.