​Diego Simeone has supported the use of Video Assistant Referee (globally known as VAR) in Spanish football, insisting that it will help take mistakes out of the game.

The Spanish Football Association approved of the technology ​last November and it has since been in full use in the country, receiving support from some and criticism from others. ​Atletico Madrid manager Simeone, however, stands on the side of the former, noting that although the system hasn't yet been mastered, it can still become an important tool in football. 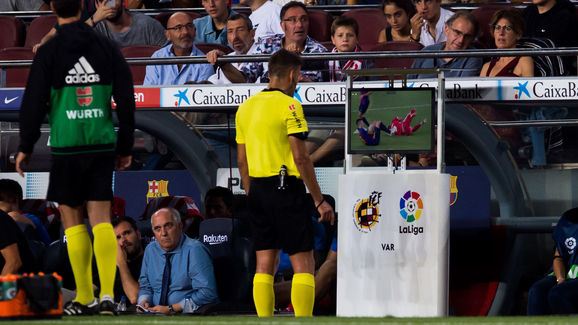 “VAR is an imperfect system but I am confident it will continue to evolve and improve with time,” Simeone told reporters, according to ​Football España

“I believe that fundamentally it helps cancel out the injustices in the game but there are tweaks that need to be made, and this will occur year by year.

“My feeling is that this is good for football, regardless of what you think I have said before, because it offers the officials the opportunity for more help."

⚽ The referee consulted VAR and the goal was given! @lukamodric10's pass took a number of deflections before it landed at the feet of @marcoasensio10, who tucked the ball home!!! GET IN!

“Of course it can make mistakes but it will eventually eliminate them,” the Argentine added.

Simeone's team returned to winning ways in ​La Liga with a 2-0 win over Getafe and return to action on Tuesday, at home to SD Huesca. In support of VAR he may be, but Simeone will quietly hope his side are seldom found on the wrong side of the technology this season.