After a hectic summer of transfers and World Cup mayhem, the Premier League is well and truly underway and we're already starting to gather a clearer idea of what teams' realistic expectations are for the rest of the season.
​
​Arsenal and Everton head into the new season with very new setups, with the Gunners appointing Unai Emery as Arsene Wenger's replacement whilst also brining a few new faces through the door at the Emirates in the shapes of Lucas Torreira, Sokratis and Bernd Leno.

As for ​Everton, they too have had an overhaul of talent in recent seasons and continued to spend big in the summer, bringing in Richarlison most notably for £40m from Watford whilst also acquiring Yerry Mina, Lucas Digne and Andre Gomes from Barcelona. Both sides are six games into the new season and, after they faced off on the weekend, it's time to make an early judgement.

​The Gunners got their season off to the worst possible start, losing 2-0 to the reigning champions ​Manchester City in their home opener before then suffering a narrow 3-2 defeat to ​Chelsea at Stamford Bridge just one week later. Already it looked as though it was going to be a long season for Arsenal fans, but they now look to have found their rhythm.
​
​Two early defeats have been soon followed by five straight wins in all competitions, which have included some great team performances with all of Arsenal's players contributing to the wins - their first nine goals of the season coming from different players. Despite the fact all three of the teams Arsenal beat prior to the game against Everton find themselves in the bottom half of the ​Premier League table, the  Gunners look to have hit their stride as they secured a comfortable 2-0 win over the Toffees on Sunday, with new signings Torreira and Sokratis starting to gel with their new teammates.
​
​Emery's reign as Gunners manager has transformed from what looked at first to be a dire start into an encouraging foundation in a matter of weeks, with his side currently sixth in the league and a single point off a top four spot. 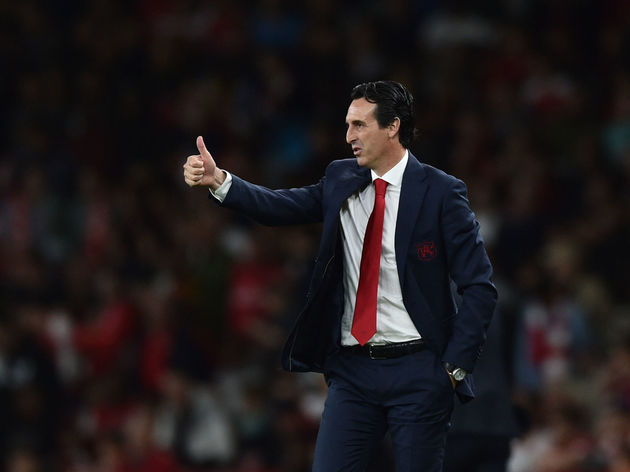 In stark contrast to Arsenal's slow start to the season, Everton came out the blocks quickly. They had summer arrival Richarlison to thank for the four points they picked up from their first two games, the Brazilian bagging himself three goals in his first two games before getting himself sent off against Bournemouth.
​
​Despite drawing three of their opening four matches, it took until gameweek five for Marco Silva's side to suffer their first loss of the season when they were defeated 3-1 by a struggling West Ham side. However Everton's bright start to the season looks like it could well be turning sour, after they suffered their second successive Premier League defeat on Sunday.

The fans will consider themselves unlucky, with summer signings Mina and Gomes yet to feature for the Toffees and the club finding themselves in with a small injury crisis at the back - Phil Jagielka and Seamus Coleman missing out on the defeat on Sunday due to ongoing fitness issues.

The Gunners have now opened a six point gap over Everton after just six games in what has been a solid start to the new season for Emery and whilst Everton fans will consider themselves to have been unlucky so far in terms of injuries and results, it's the Gunners who have had the cutting edge so far.​