Barcelona are set appeal the red card Clement Lenglet received during their 2-2 draw with Girona on Sunday.
​
​Lionel Messi had put the home side ahead inside the first 20 minutes of the game, however the incident occurred with just 10 minutes left in the first half. A 50-50 challenge between Lenglet and Girona's Pere Pons left the latter slumped on the floor clutching his head, with replays showing the central defender had flared his elbow in his direction. 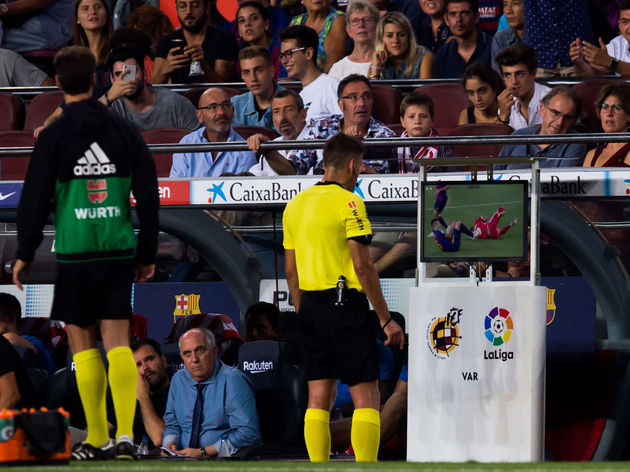 The referee saw enough from VAR to award a straight red card to the Frenchman, although Pons seemed to apologise to the defender immediately after the incident, with the midfielder admitting after the game that he felt the admonishment was harsh; even claiming that he thought he had fouled Lenglet before the ref brandished the red card.
​
​The apology on the field from Pons was enough for many of the ​Barca players to conclude their teammate was in fact the innocent player in the incident, as they began protesting to the referee. However his decision was final, and Ernesto Valverde's side were forced to play the remainder of the game with 10-men.

​Now it has been revealed that Barca will indeed appeal the red card with the club releasing a statement on their ​official website saying: “FC Barcelona will present their case to the Competition Committee regarding the red card that player Clement Lenglet saw in the 34th minute of the match played this Sunday with Girona.
​

“The French defender was dismissed after the intervention of VAR and according to the referee was sent off for ‘giving a blow with the elbow to the face of an opponent when both were disputing a ball’.” ​Girona took full advantage of the red card and two goals from former Middlesbrough forward Cristhian Stuani gave the visitors a shock 2-1 lead at the Nou Camp. ​Gerard Pique was able to salvage an equaliser, however Barcelona dropped their first two points of the season and their perfect start to their ​La Liga campaign is now over.​