Antonio Rudiger is an injury doubt for Chelsea's Carabao Cup clash with Liverpool on Wednesday, after Maurizio Sarri admitted the defender had picked up a knock in Sunday's draw with West Ham.

The Germany international was forced off in the 69th minute and replaced by Gary Cahill, sparking fears over his availability for the Blues double header with Liverpool in the league and cup in the coming days. 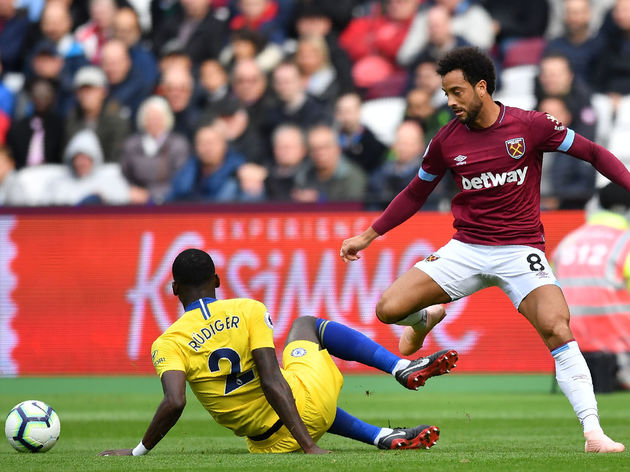 As quoted by ​Football.London, ​Chelsea manager Maurizio Sarri assured fans that it was not a serious injury, but admitted that he is unsure exactly over how long the former Roma player will be out for.

Sarri said: ''I don't know, I want to speak with the doctor, but I think nothing serious. Maybe three or four days, no more.''

Chelsea have a difficult but crucial week ahead. They take on ​Liverpool at Anfield in the Carabao Cup third round on Wednesday night before again playing the Reds at Stamford Bridge in the ​Premier League.

Judging by Sarri's assessment, Rudiger is likely to miss the mid-week clash in what is expected to be a much changed Chelsea lineup anyway.

Asked about what type of Chelsea side will line up in the Carabao Cup on Wednesday night at Anfield, Sarri said: ''I don't know. They have played yesterday and have one day's more rest than us.