Wolverhampton Wanderers have placed a valuation of £110m on midfielder Ruben Neves in an effort to ward off suitors.

The 21-year-old Portuguese star player joined the side from Porto for £16m last summer - a club transfer record for Wolves back then - and his performances since then have seen him garner interest from several big sides. 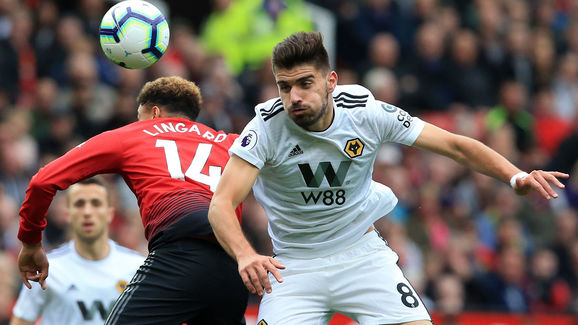 Neves had already been a target for some of Europe's top teams even before moving to England. And interest has only intensified given the contributions which helped the Molineaux side secure Premier League promotion last season, as well as his excellence in midfield this term.

Having helped his side reach England's top flight, it's been business as usual for the midfielder. He's scored one goal and assisted another in his first six Premier League appearances and his influence in midfield is quite clear to see.

According to a report in The Times, champions Manchester Cityhave retained their interest in the player, having explored the possibility during the summer after missing out on both Fred and Jorginho. Meanwhile the likes of Liverpool and Manchester United have both also been linked.

Wolvesare also said to have rejected several offers for their star man, who put pen to paper on a new, five-year contract in July. “The fans already know me, the club too, and everyone knows what I can do. Wolves won the Championship. I had a great year and I love playing in Wolverhampton, so I have no interest in going out, because it’s the best for me and for my future.”