​Real Madrid manager Julen Lopetegui claimed to be satisfied with his side after a tough 1-0 at home to Espanyol.

Speaking on his overall feeling after the match, ​Football Espana report Los Blancos coach as saying: ​

“We also faced a very well-drilled team, with a good coach and good players. There was also some fear because we didn’t score the second goal. We knew it would be a dangerous match. 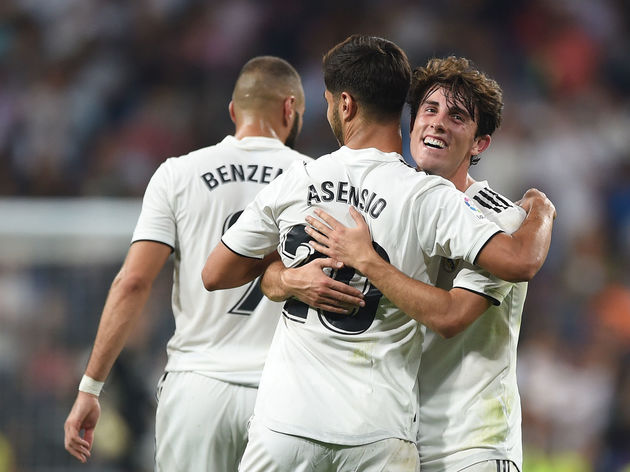 “​La Liga has very complex points along the way, This was one of them and the most important thing is that the team knew how to suffer and win.

“Espanyol sat deep but also attacked. What hurt us the most was losing control of the ball, although we’ve still picked up three very important points."

The high defensive line Real Madrid keeps under Julen Lopetegui is too dangerous. We don't have a sturdy defence yet and we are keeping this line. Only a matter of time before a good side gives us the lesson of our lives.#RealMadridEspanyol

Commenting on some of the perceived deficiencies in his tactics, Lopetegui responded: “Ramos going forward too much? It’s part of his game and not something that we’ve talked about.

the poorest performance we've had this season and we were lucky to get away with it. Lopetegui should have brought on Bale to kill off the match

Wrapping up the media conference, Real's boss spoke on his decision to rotate the starting eleven: “The new faces did well.

"Everyone had a complete game, Nacho included, even if his yellow card affected him a lot. We left out Vinicius because Valverde came in instead. We’ll see if he plays for Castilla tomorrow.”