Bayern Munich manager Niko Kovač claimed that side didn't score as many goals as they should have done for the second game in a row following his side's routine 2-0 win over Schalke 04, a team who are still without a single point this season.

Strikes from James Rodríguez and Robert Lewandowski either side of half time ensured that the Bavarians left the Veltins Arena with the win, and although the Royal Blues never offered any real threat in attack, Bayern Munich once again failed to kill off their opponents. Following a Champions League win over Benfica in midweek, Kovač moaned that his side wasn't clinical enough in Lisbon. On Saturday the Croatian was singing from the same hymn sheet again, although he was waxing lyrical about his team's performance.

"We saw a very, very good Bundesliga match today," Kovač told the club's official website. "My team were dominant over 90 minutes, they were in control and created many chances. Unfortunately, they scored too few goals.

"A great performance! I have to praise the whole team today, what we did up front but also in defence, without the ball. We regained possession quickly when we lost it up front."

Bayern Munich will now turn their attention to their all Bavarian derby in midweek where FC Augsburg travel to the Allianz Arena, fresh off the back of their 3-2 defeat to SV Werder Bremen. 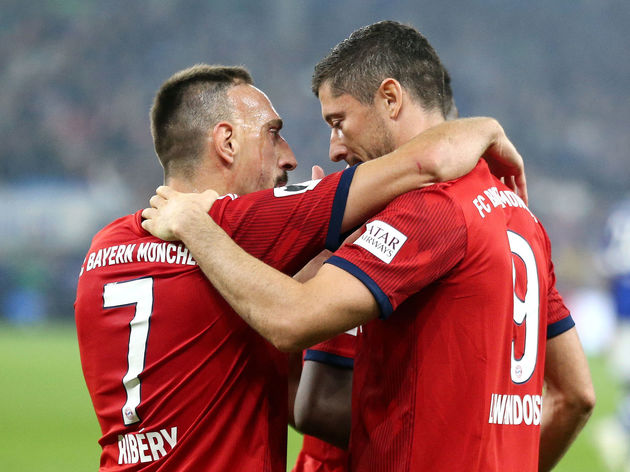 The reigning champions then travel to Germany's capital city to face Hertha BSC. Pál Dárdai's side are one of five unbeaten teams in the Bundesliga this season, and the Old Lady currently sit just one place behind Bayern Munich.