Atletico Madrid look to turn their indifferent start to the season around when they travel to face Getafe on Saturday.

Diego Simeone's men have won just one of their opening four games, against Rayo Vallecano. They drew two of the other matches, and lost to Celta Vigo, finding themselves ninth in the league table.

Their opponents Getafe have had a much more successful start to their ​La Liga season, sitting in fifth having won of their four matches, gone unbeaten in the last three and having not conceded a goal since their opening day defeat to ​Real Madrid.

A day to forget for Getafe supporters, the match started in relatively normal circumstances. It was a feisty affair, with five yellow cards dished out in the first 35 minutes as ​Atletico powered to a two goal lead. Raul Garcia opened the scoring before Alberto Lopo put through his own net. However, it wasn't until the 42nd minute that disaster struck - when right back Juan Valera picked up his second yellow card in eight minutes and was dismissed.

Getafe survived until halftime, but after the interval the floodgates opened. Garcia got another, while striker David Villa struck twice. Diego Costa and Adrian Lopez also got onto the scoresheet as Atletico ran away with the man advantage.

Getafe defender Bruno Gonzalez has been pivotal to his side's unbeaten run since the opening day loss to Real Madrid. The 28-year-old has helped lead his defence to three consecutive clean sheets. Up against ​Diego Costa and Antoine Griezmann, he will have his hands full but the Spaniard has proven so far this season to be a very competent defender.

Getafe will be without centre back Ignasi Miquel with a knee injury, while Markel Bergara has not yet returned from an arm injury. Talented young midfielder Mauro Arambarri missed Getafe's win over Sevilla last time out through injury but may still be fit to feature in this match. Left winger Vitolo remains out for Atletico with a knee problem, while Nikola Kalinic is still being kept on the sidelines due to an ankle injury.

Despite Atletico's poor start to the La Liga campaign, they won against Monaco in their opening Champions League group stage match in midweek and Simeone's men might just be able to use that confidence boost to push on. 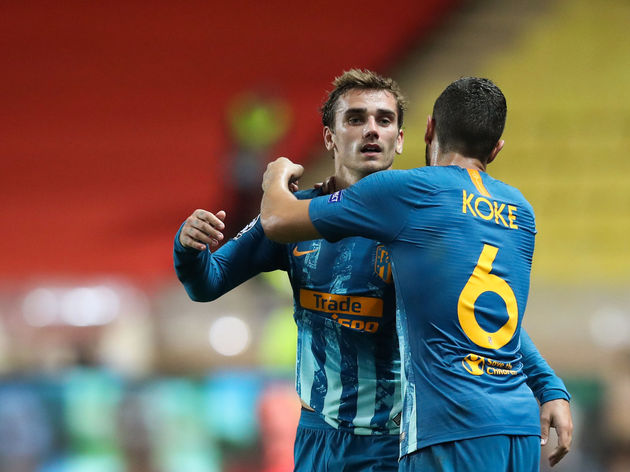 With Getafe's defence boasting as impressive of a clean sheet record as it does this season, it's likely to be a nervy and tense affair rather than a goal-fest but Atletico's world-class front two might just have what it takes to make the difference for the visitors.