The arrival of the attacker on Merseyside seemed inevitable during the summer, with the deal looking all but complete ahead of the World Cup, but for reasons which remain unknown to a full extent the move did not go through. 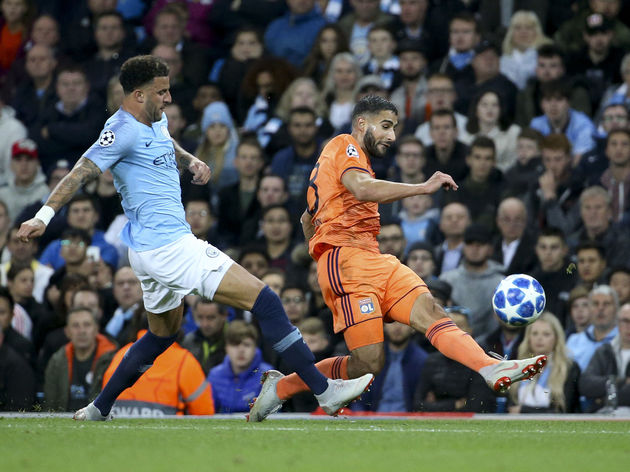 There were suggestions that an ongoing knee problem had provided a snag in the move going through, with ​Fekir apparently unable to successfully complete a medical on those grounds, though that suggestion was never confirmed.

Lyon opened their Champions League campaign with ​a shock 2-1 win away to ​Manchester City on Wednesday, and Fekir took his chance upon his first appearance in England since his failed summer move to show ​Liverpool fans exactly what they are missing.

Having been viewed as the ideal replacement for the departed Philippe Coutinho, Fekir took firm control of Lyon’s victory at the Etihad, laying on an assist for the opening goal of the match before firing one of his own past Ederson to put the French side in control with a fine finish.

Man City are the first English team to lose four consecutive Champions League matches in the history of the competition...

It was an accomplished performance from the highly-rated 25-year-old, and it has left Liverpool fans hoping to see their club return to negotiations over a deal for the Lyon captain in the near future.

Here is a selection of how some Liverpool fans reacted to Fekir’s performance against ​Manchester City on Twitter...

I’ve just watched the highlights from the City and Lyon game, and this picture has just made me cry. I want Nabil Fekir at my club. pic.twitter.com/Ul3hwdSSS0

Come on Jurgen go for him in January. Nabil will add quality and depth to our squad

@SuarLFC This is what Fekir is known for.. Pressing teams back lines, Would fit in a beaut at LFC!