Lukaku currently occupies the centre forward position, however he believes his experience in the role, which includes over 100 Premier League goals, can be of great benefit to the 20-year old England striker.

​The Metro reports that the Belgian has been working with Rashford on his movement, positioning and finishing in an attempt to aid the young striker's development, something that former United forward Zlatan Ibrahimovic also did when he was at the club. 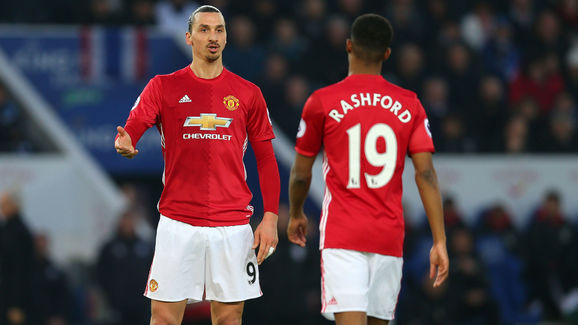 Both players started for Mourinho's side on Wednesday in their ​3-0 win in the UEFA Champions League tie against Young Boys, with Rashford subbed after 69 minutes for teammate Juan Mata. The England forward has scored 32 goals for ​United since his debut in 2015, however he is yet to get off the mark this season.

However, with Lukaku's leadership, a quality that has impressed the United manager in recent weeks, the young England striker could soon be on his way to achieving similar tallies to his Belgian superior.

Alongside Nemanja Matic and David De Gea, Lukaku is considered one of Mourinho's most trusted players and therefore the ideal mentor to up and coming attackers.

Rashford's last goal came in England's friendly match against Switzerland, when the striker bagged the winner for Southgate's side.