With Gazidis’ exit from the Emirates and his move to AC Milan now confirmed, there has been a mixture of interpretations over what impact the 54-year-old’s departure will have on the Gunners.

The man who was seemingly primed to lead the club through its transitional period and guide Arsenal to new successes following the departure of Arsene Wenger has effectively jumped ship.

However, the implementation of a new, revised management structure which has changed the role of ‘manager’ in favour of a ‘head coach’ was smart from Gazidis. New roles such as head of football relations and head of recruitment were also put in place to ease the transition at the club from the all-powerful Wenger.

The ​Arsenal CEO phased out what was essentially an old-fashioned management model which placed the club’s manager as an autocratic figure with control over almost every aspect of the club’s operations, and revised the structure with a modernised, European model.

Wenger was one of a kind, and few coaches would have been able to step into his shoes and handle the level of responsibility assumed by the legendary Frenchman over the past 22 years in north London. Gazidis realised the issue and nipped it in the bud, meticulously preparing the club for major changes post-Wenger over the past year.

With a head of football relations, a head of recruitment and, of course, Gazidis himself in support of Unai Emery not as the club’s manager but as head coach, Arsenal had established a new, more balanced structure of management which was far more feasible for the new figures of leadership moving forward.

Gazidis was integral not only as the figurehead of this new management structure, but also as the mastermind behind its establishment. It is greatly ironic, then, that the South African should opt to head for the exit at the Emirates just as he had come into such power after nearly ten years in waiting to assume a position of such influential power.

At face value, Gazidis’ exit seems to have pulled the heartbeat right out of a new establishment in the Arsenal set-up that was just starting to function. The notion of the revised setup being able to operate without the CEO’s leadership seems in many ways unfeasible.

However, to accuse Gazidis of leaving Arsenal in an unsustainable state without leadership or direction devoid of his presence does not do justice to the work which the CEO has done over the last year to prepare the club for Wenger’s departure and, as it turns out, his own exit.

In the restructuring of the management and leadership at the club, Gazidis has effectively implemented a contingency plan which ensures a well-balanced and expertly-led transition beyond the era-defining management of Arsene Wenger, even without Gazidis himself at the helm. 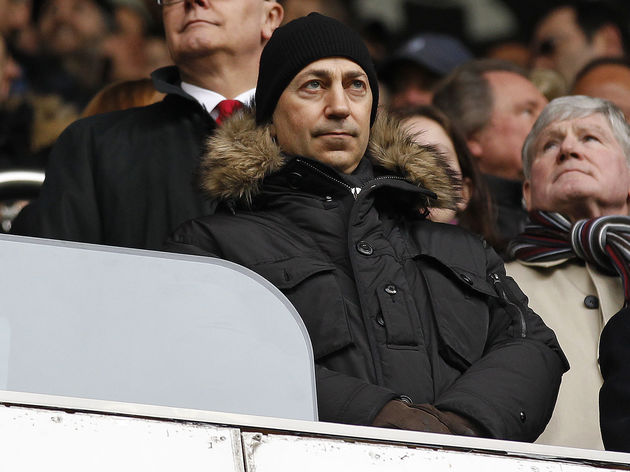 In Raul Sanllehi and Sven Mislintat, Gazidis appointed two excellent football minds over the last year, and in Vinai Venkatesham the club have a man more than capable of balancing the club’s business operations.

Gazidis was highly regarded at the club primarily in a business sense, having helped the club’s difficult financial period and transition as they moved from Highbury to the Emirates, but the football brains at the club came almost entirely from Wenger.

With Gazidis as CEO in the new management structure, his position gave him seniority and power over the likes of Sanllehi and Mislintat, the club’s head of recruitment, and of course high above head coach Unai Emery, at the top of the management tree.

Whilst Gazidis’ role may have been of use in providing an all-round stability, knowledge of Arsenal and perceptive leadership for the club, his personal control over both the football and business aspects of management at the club may not have been exactly what was needed.

Instead, with Gazidis’ departure, his power has now been split into two separate roles, assigned to two different men, but within a coherent structure which appears fluid and well-balanced in the distribution of responsibilities and power to a team of individuals who are each experts and world-class figures in their respective fields of management.

This fragmentation of influence and power does not diminish the roles of those within this new structure but gives great responsibility to an ensemble of people who are perfectly placed to take the club forward.

So that's that, Ivan Gazidis heading for Italy and AC Milan.

Raul Sanllehi to now be head of football at Arsenal and Vinai Venkatesham, who is currently chief commercial officer, will become managing director.

Sanllehi in particular is now well positioned to lead the club forward with an excitingly progressive licence which he would not have been afforded under the management of Gazidis.

At Barcelona, Sanllehi thrived for a decade as the Catalan giants’ director of football, overseeing a period of unprecedented success at the Camp Nou, and orchestrating the mega transfers of ​Neymar and ​Luis Suarez for the club. Sanellhi now has such licence to deploy his football expertise to a similar level of influence, and Arsenal will benefit massively from his increased position. With Vekatesham promoted alongside Sanllehi as managing director to oversee Arsenal’s business operations, Sanllehi will be without the burden of juggling a cross-field of responsibilities as Gazidis had as CEO, and will be able to express his expert influence over football matters more effectively.

Together with Sven Mislintat as Arsenal’s transfer guru, Huss Fahmy as their expert contract negotiator and, of course, Emery as the ideal modern coach to get the best out of the team on the pitch, Arsenal now have the complete team of highly skilled and competent individuals to lead the club to new heights.

Gazidis’ legacy should not be tainted by having jumped ship at the crucial hour but remembered for having overseen a modernised managerial revolution from which the club will continue to benefit beyond his time at the Emirates.