​Liverpool's Daniel Sturridge may have set up his team's thrilling victory over Paris Saint-Germain in the Champions League, but Martin Keown rued his wastefulness in front of goal which could have made it a more comfortable evening for the Merseysiders.

Jurgen Klopp's decision to hand Sturridge his first start in the elite European competition for six-years was quickly vindicated after the striker headed home the opener in the first term, James Milner soon doubled the lead before the Reds were pulled back to level terms in the second half. 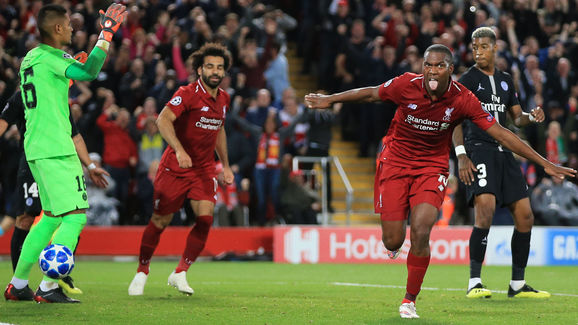 Roberto Firmino saved ​Liverpool's blushes with an injury time strike to ​seal a dramatic victory, but the England international missed a host of chances to tie up the game - leading the former Arsenal man to criticise his decision making and match sharpness.

The concept that he was “finished” was a myth. Has still contributed with top class numbers when he’s played.

Injuries are his issue. His ability should never have been in question. pic.twitter.com/rIONALBCux

“15 minutes before Sturridge opened the scoring, Klopp was up on his feet relaying instructions to his centre forward.

“That is exactly how he put Liverpool 1-0 up on the half-hour. With the centre backs already stretched following Trent Alexander-Arnold’s brilliant cross from the right, Sturridge nipped in between them to meet Andrew Robertson’s delivery from the left.

“PSG should have been prepared for a barrage of crosses from Liverpool’s full backs. Instead, Silva and Kimpembe kept leaving a huge gap for Liverpool to repeatedly exploit.

“As the teams returned for the second half, Klopp was in Sturridge’s ear again — clearly encouraging him to keep asking questions of the PSG defenders.

“In the second half, his poor control saw him foul PSG goalkeeper Alphonse Areola when he could well have shot with his first touch. Minutes later, he should have buried another header. He should have ended the night with a hat-trick,” he added.

The goal at Anfield on Tuesday evening was Sturridge's second of the season in what was just his fifth appearance of the campaign, and the first as a member of the starting lineup.