​Benjamin Mendy has revealed that his Manchester City teammates have teased him for his close relationship with manager Pep Guardiola.

Guardiola was one of several managers Mendy discussed in an interview with ​Le Journal du Dimanche. The French defender compared Guardiola to Marcelo Bielsa, the famously temperamental Argentine who was Mendy's manager at Marseille.

"At ​Man City, Raheem Sterling teases me sometimes: 'Where is your father?' The first time I did not understand he was talking about Pep," said Mendy. 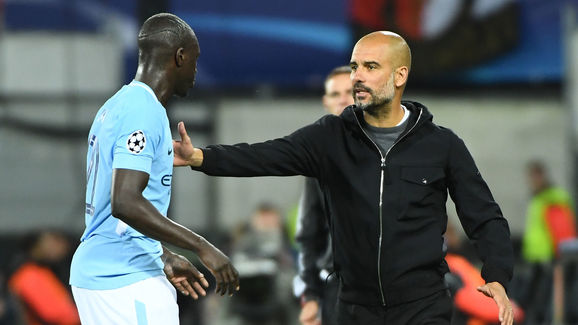 "Everybody uses his first name. He doesn’t want us to call him “boss” or “coach“.

"We are all aware that he has the keys but he would like to be considered as an average member of the staff. He is a hard worker who does everything to put us in good conditions.

"He likes football too much. It is like an upgraded version of Marcelo Bielsa. By the way, when we talked about Bielsa I saw the gratitude in his eyes.

"Before the derby against Manchester United, he gave us an emotional speech about the supporters, the short distance between their stadium and ours."

Mendy made only seven Premier League appearances for City last season as he spent most of the campaign sidelined with an anterior cruciate ligament injury which required surgery.

Despite his extended absence, Mendy has not lost the faith of his manager, who has started him in four of City's five Premier League matches so far this season.