A surprising admission just moments after scoring two goals in the Champions League final that he would consider his future in Madrid over the summer prompted weeks of fresh speculation that United, after five years of trying, would finally land the superstar Welshman. Instead, Cristiano Ronaldo left Real to join Juventus, seeing Bale move out of the shadows of his more famous former teammate to take a starring rule under new coach Julen Lopetegui.

"You can say yes and no," Bale told the Daily Mail in response to talk of returning home.

"You always want to come back and play in your home league and a part of you will always miss home. But I'm enjoying playing for the biggest club in the world and winning trophies."

Having previously endured a strained relationship with former boss Zinedine Zidane, resulting in him starting the Champions League final on the bench, Bale has admitted that it is easier communicating with Lopetegui because he speaks English and Zidane does not.

"Obviously it helps," Bale said of being able to converse in English if he needs to.

"In Spanish I can talk (to a manager) but maybe not go into that amount of detail with them that I would need to," he added. 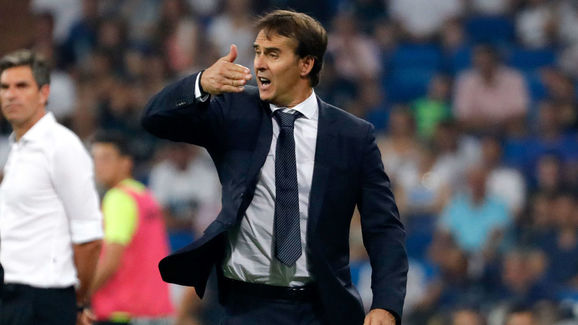 Looking for a fourth straight Champions League title and a fifth since 2013/14, Bale and Real will kick off this season's European adventure with a home game against Roma on Wednesday.