His Cantona Moment: Pochettino Talks Cows & Trains in Bizarre Speech Ahead of UCL Clash With Inter

Tottenham Hotspur boss Mauricio Pochettino had an Eric Cantona moment during his press conference ahead of his side's Champions League match against Inter Milan.

Asked what it's like having to deal with the pressure of managing a team playing top-level European football, the Argentinian left journalists rather perplexed with his response.

#thfc Poch has just had his Cantona 'Seagulls' moment! "[Experience] is like a cow who sees a train every day for ten years crossing in front [of her], and if you ask the cow when the train is coming she's not going to answer."

"It is like a cow who sees a train every single day for ten years crossing in front [of her], and if you ask the cow what time the train is coming she's not going to answer," the Spursgaffer said.

Cantona's "seagulls" line has cemented itself in Premier League folklore.

"When the seagulls follow the trawler, it is because they think sardines will be thrown into the sea," the Frenchman famously said after narrowly escaping a prison sentence for his infamous karate kicking of a Crystal Palace fan during a match in 1995. 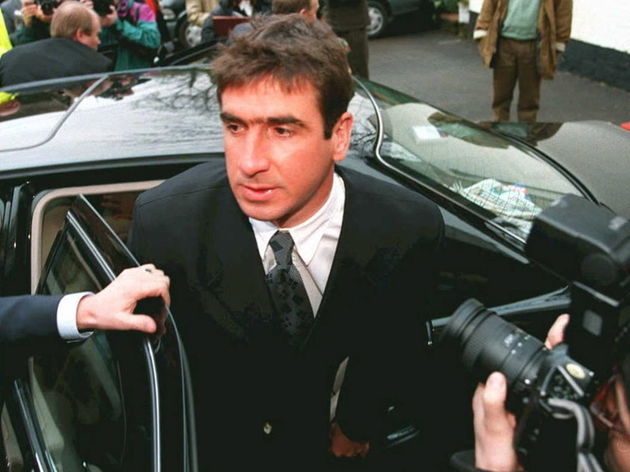 The former Manchester United star was referring to the media back then. And Pochettino's cow talk was not just snatched from thin air either. The manager was simply explaining that the cow knows when the train is coming without having to think or boast about it, and he likened that to the experience one gains from playing football.

But he should have also realised that the cow wouldn't be able to say anything even if she wanted to as...well, cows can't talk.

Should have used a parrot for this one maybe?