​BBC Sport pundit Garth Crooks has, somewhat bizarrely, claimed that Liverpool defender Virgil van Dijk deserved an 'Oscar' for his commanding performance in the Reds' 2-1 win at Tottenham on Saturday.

Van Dijk and Joe Gomez were imperious at the heart of the defence as Liverpool made it five wins out of five since the start of the season. They have conceded just two goals in those five games. 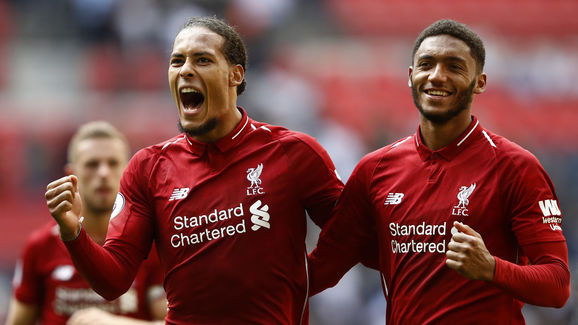 Including both defenders in his team of the week on the ​BBC Sport website, Crooks lauded Van Dijk for nullifying the threat of Spurs danger man Harry Kane .

"If ever there was a day for Harry and the boys to get among it and stick their heads in the faces of ​Liverpool's defenders then this was it. Instead, Van Dijk walked on to the pitch looking like a film star and walked off with the Oscar for best leading man."

Crooks also labelled Gomez "the best defender I've seen in years" and "a future England captain if ever I saw one."

Van Dijk and Gomez were two of four Liverpool players included in Crooks team of the week, along with midfielder James Milner and striker Roberto Firmino, who scored the Reds' second goal on Saturday.