Ozil spent three years alongside Ronaldo in Spain and was a key member of Real's 2011/12 La Liga winning side, revealing that time with the Portuguese icon rubbed off on his own game. 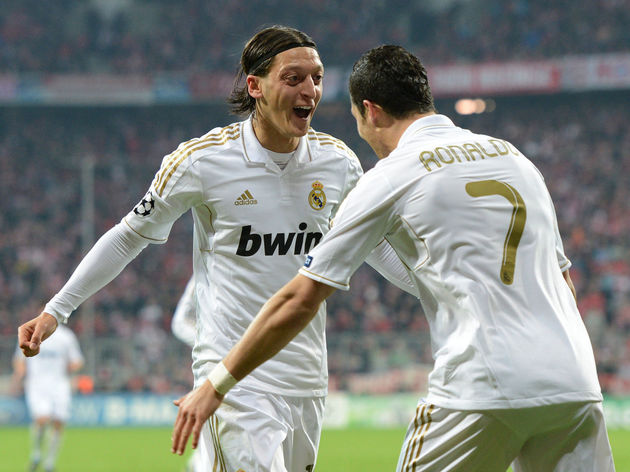 "People always ask me about is what it was like to play with Cristiano Ronaldo and all I can say is that I've never seen a person like him," the Gunners number 10 told Arsenal.com.

"He works really hard and is the first guy to get into the training ground, then the last one to leave. He's very professional and always wants to win, even in the training games," Ozil added.

"Of course I was looking at what he was doing, even something as simple as just looking at his shooting technique.

"I really enjoyed playing with him because he made me better on the pitch and he's a great guy off it, too. I gave him loads of assists and he doesn't need me to remind him of that! It was easy to play with him because you didn't need to create a lot of chances.

"Even if I just gave him two passes, he would score two goals and that's why he's one of the greatest footballers who's ever lived."

Ozil also credit his time at Real with teaching how to cope with pressure and expectation, to the point where he now actively enjoys playing under pressure. 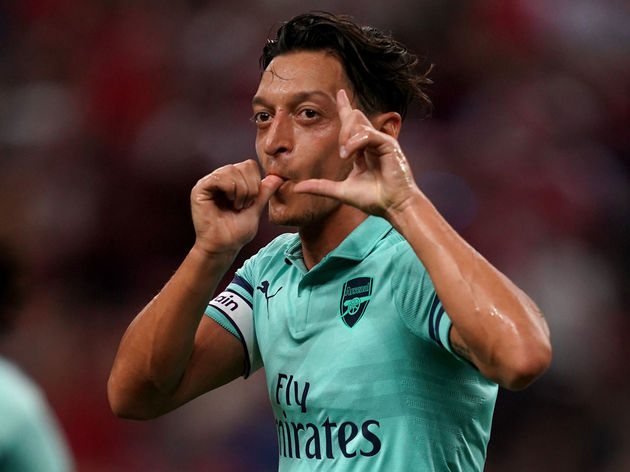 "If you play for Real Madrid, even if you get a draw against Barcelona, it's the worst thing in the world. You have to win every game. If you win 10 games in a row and then maybe draw at home against a smaller team in the next game, you're under so much pressure," he explained.

"I really learned about controlling the pressure and enjoying it while I was there."