​Real Madrid star Gareth Bale has revealed the encouragement he gave to Loris Karius after the Liverpool goalkeeper's mistakes allowed Bale's team to win the Champions League final in May.

Much to his frustration, Bale started on the bench in Kiev but came into the match with the scores locked at 1-1. Karius' first error had gifted a goal to Karim Benzema, but Sadio Mane restored parity.

It was ​Bale who took control of the game, first firing an incredible overhead kick beyond the despairing dive of Karius before profiting from another lapse of concentration on the German's part. He spilled Bale's shot over the line to put the game beyond ​Liverpool. 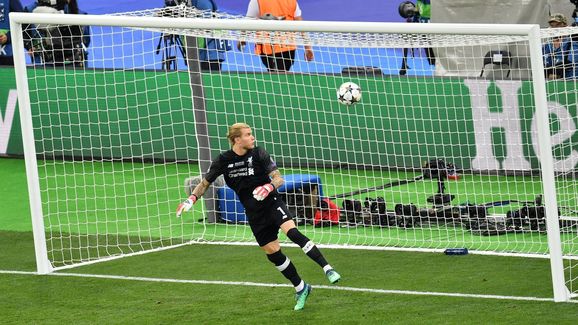 Karius was distraught at the final whistle but Bale did his best to console him, and even now the Welshman insists that Karius' second mistake was not as bad as it looked.

"I always try to put a bit of wobble on the ball," Bale told the ​Daily Mail. "It's the same with free-kicks. You try to make it more difficult because if it doesn't go in the corner I always give them a problem if it's right down their throat.

"I just said [to Karius], 'keep your head up'. Mistakes happen. It's just unfortunate it's in a final. Yes, I suppose it's not quite as bad as it looked but I suppose he should save it." Being left on the bench for the final left Bale with doubts about his future, but the resignation of manager Zinedine Zidane and departure of star player Cristiano Ronaldo has given the 29-year-old a new lease of leave at the Santiago Bernabeu.

He scored in each of Real Madrid's first three La Liga games this season, before providing the assist for Isco's equaliser against Athletic Bilbao on Saturday.