​Tottenham were second best for the majority of their game yesterday against Liverpool, as goals from Gini Wijnaldum and Roberto Firmino either side of half-time gave Liverpool a two goal lead.

They also looked most likely to score again until an injury time goal by Eric Lamela. That's when a 95th minute run by Son Heung-min was ended when he was brought down by Sadio Mane in the Liverpool box. 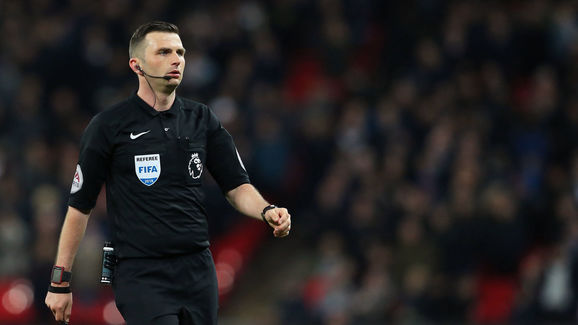 Referee Michael Oliver awarded a goal kick but replays seem to suggest Mane kicked Son's foot causing him to shoot wide and go down. Fans and pundits have since come to the conclusion that it should have been a penalty, causing many to wonder why Oliver did not award a spot kick.

Match Of The Day pundit Alan Shearer has given his thoughts as to why.

"Mane trips Son, no doubt about it, but his position is wrong, he's trying to get in the right position but his view is totally blocked and if he sees it he should give a penalty there, but he's blocked out and that's why he doesn't give it."

Michael Oliver should have awarded a Penalty..

I dont care if Liverpool had a 1000 chances..did they take them? NO!

Big moment in the game !#FA sort this Out!

Poor positioning or a hindrance to his view would go some way to explain why ​Tottenham were not given an opportunity to recover a point from the game. This has caused many, including Shearer's fellow pundit Ian Wright, to call for the league to introduce VAR.