Their hosts have also had an inconsistent start to their respective domestic campaign finding themselves 13th in Serie A. The significant summer rebuild under manager Luciano Spalletti, with Radja Nainggolan and Keita Baldé two notable additions, means competition for places in Spalletti's first XI is fierce. Inter's summer acquisitions will want to impress against one of the standout sides from last year's Champions League campaign.

Here's everything you need to know ahead of Tuesday's clash:

Classic Encounter
Inter 4-3 Tottenham Hotspur (20/10/10)
19 goals have been scored in only four previous encounters between the two sides. The most memorable of those coming in the Champions League in 2010. Spurs found themselves 3-0 down after 14 minutes, with goals coming from Javier Zanetti, Samuel Eto'o and Dejan Stankovic, before Eto'o added another to his tally before the break. 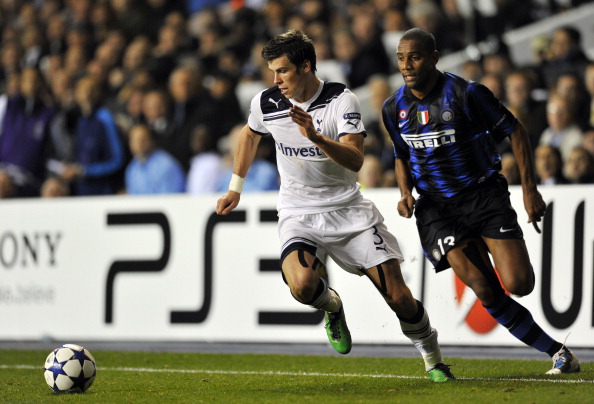 Harry Redknapp's side fought back through the electric Gareth Bale, as the Welshman hit a scintillating second half hat-trick, though it proved too little too late as Spurs lost 4-3.

Key Battle
Harry Kane vs. Milan Skriniar
The World Cup golden boot winner had a sensational first season in the Champions League last year, with seven goals in as many appearances. Tottenham's aggressive pressing against European opposition last season saw them create countless chances for their front line, and will hope they are able to continue to supply their forwards with quality service this time around.
Kane, however, has failed to score in his last two outings as team captain and will want to put that right against Spalletti's side.
Milan Skriniar has emerged as one of the best young central defenders in Europe following his €20m move from Sampdoria in 2017. Noted for his tough tackling and composure on the ball, the 23-year-old has become a mainstay in the Inter back line, starting Inter's last three matches. The Slovakian's physical style of play will certainly provide a stern test for Kane. 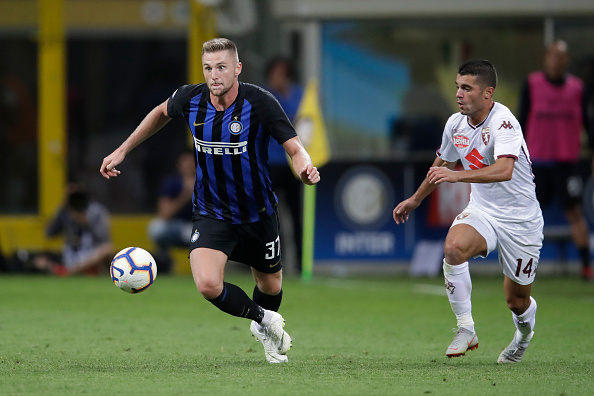 Team News
Spurs remain without goalkeeper Hugo Lloris, who is facing a spell on the sidelines with a thigh strain. Michel Vorm is likely to deputise in the Frenchman's absence, despite a nervy performance against Liverpool at the weekend.
Dele Alli is also unavailable for selection with a hamstring injury sustained while away on international duty for England. Pochettino's side are boosted, however, by the return of forward Son Heung-min after his exploits at the Asia Games
For Luciano Spalletti, summer arrival Sime Vrsaljko is a fitness doubt with a knee problem, while Argentine forward Lautaro Martinez may also be absent with a calf injury. Potential Starting Lineups
Inter (4-2-3-1): Handanovic, D'Ambrosio, Skriniar, de Vrij, Dalbert; Gagliardini, Brozovic; Candreva, Nainggolan, Perisic; Icardi
Tottenham (3-5-2): Vorm, Alderweireld, Sanchez, Vertonghen; Trippier, Dembele, Dier, Eriksen, Davies; Lucas Moura, Kane Prediction
Both sides, with sights on challenging for silverware, will be largely disappointed by their start to their respective domestic campaigns. Pochettino's side have looked lethargic in their opening fixtures, and will want to find the consistency that has seen them finish in the Champions League places in the last three seasons. 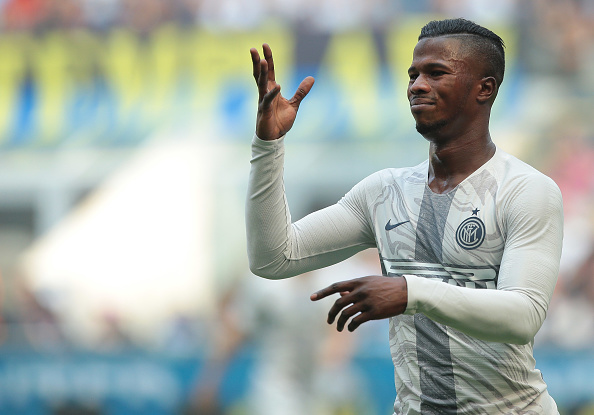 Luciano Spalletti will be frustrated by his side's inconsistency so far this term, and will be wary of a Tottenham side that beat the likes of Borussia Dortmund and Real Madrid last year in the group stages.

New arrivals over the summer though have given Inter's attack a new lease of life as well as increased squad depth, and Spalletti will be confident of causing Tottenham's defence problems of their own.