​​Napoli manager Carlo Ancelotti said Lazio's opening goal 'woke' his side as the Partenopei came from behind to win 2-1 in his first game in charge.

Ciro Immobile gave Lazio the lead after a strong start from the hosts but goals from Arkadiusz Milik and Lorenzo Insigne put Napoli back in control and Ancelotti's side were able to see out the game with minimal difficulty. 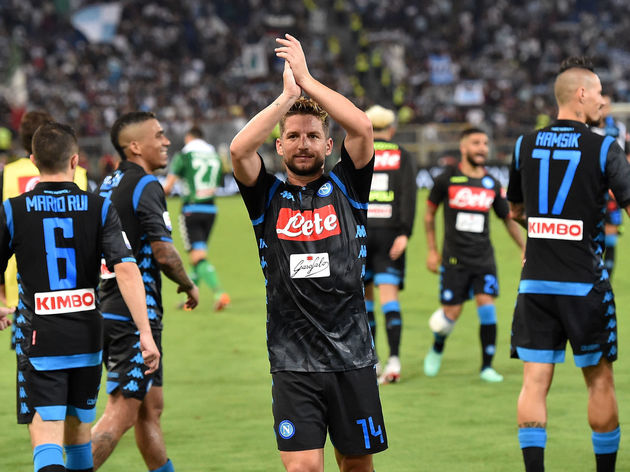 “It was particularly special for me, because the Stadio Olimpico was my home as a player at Roma. I won so many games on that pitch. Ancelotti was somewhat critical of his Napoli side, who were somewhat sluggish in the early stages of the game, but praised his team for their hard work in securing the three points.

“We struggled a little towards the end, which was normal in the opening game of the season. I wasn’t entirely convinced by the way we built up play, but again at this stage that is to be expected. We are trying to change things and it takes time, but the team is working hard.

“The positive thing is that the players proved themselves a solid unit and were able to pull through a difficult moment together.” “I was a little worried by the lack of intensity in the opening minutes, both attacking and defending. We wanted to press them, but were too slow and sluggish. Their goal woke us up, we lifted the tempo and eventually deserved the victory.”

Napoli's next ​Serie A game is against ​Milan next weekend.