Liverpool superstar Mo Salah currently has 31 Premier league goals to his name, but incredibly he might well have had a fair few more to his name.
​

A statistic has arisen, courtesy of WhoScored, that the Egyptian could actually be sitting on 52 in the league alone had he taken all of his chances - he has missed 21 'clear-cut' opportunities for the Reds so far this season, more than any other player. 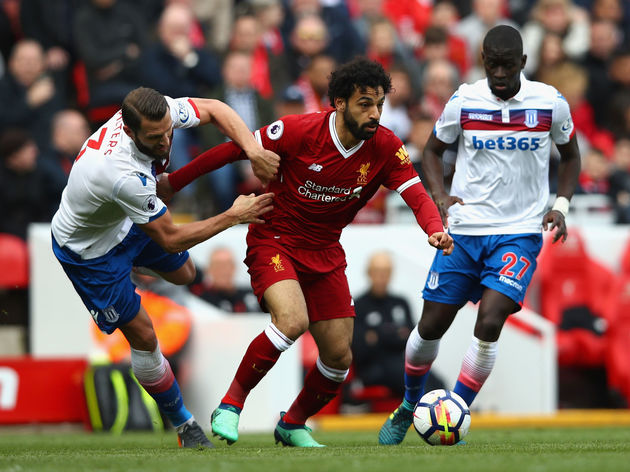 If anything it simply highlights just how dangerous Salah is for Liverpool. The fact that he is able to get into goalscoring positions so frequently is highly impressive, and definitely explains why he has been so productive in front of goal this term.
​

It's remarkable to remember that Salah also started the season as a right winger - in recent months he has operated as a tucked in right forward and, at times, a central striker.

Mohamed Salah: Has now missed 21 clear-cut goalscoring opportunities in the Premier League this season, more than any other player.

Imagine how many more goals he could have scored... pic.twitter.com/0tsgC2FVoO

​This weekend the former Roma man failed to get on the scoresheet against Stoke to everyone's surprise, but his attacking threat and instinct was still there for everyone to see, which is hugely encouraging for Reds fans.
​

It's a sure-fire sign of a world class player - even though Liverpool were not at their best at Anfield, their talisman was still a constant threat.

The 25-year-old's attentions will now turn to the Champions League semi-final second leg with former club Roma, and a professional performance will be in order with the Italians seeking to mastermind another three-goal comeback.​